Passing the American Rescue Plan was only the beginning. To ensure a full economic recovery from the COVID-19 pandemic, the Biden administration was determined to successfully implement the $1.9 trillion stimulus, a task equal in importance to summoning the political will to pass the bill.

“This is historic legislation, but people will judge it later,” Gene Sperling told a General Session audience July 12. Sperling is overseeing the plan for the administration.

The burden will be on counties to demonstrate they have used the $65.1 billion in direct ARP funding counties received to mitigate damage caused by the pandemic, including helping businesses, addressing learning losses in children, reducing health disparities and rehiring government employees.

“We’re going to have to show that,” Sperling said, “because I don’t think there’s any in this room who wants the idea of direct county assistance after a recession to be one-and-done, so we have a lot of work going forward.”

Deputy Treasury Secretary Wally Adeyemo explained that the recovery office was intended “to make sure at Treasury that we have an office that isn’t only focused on Wall Street, but actually on Main Street.”

Both were veterans of the Obama administration, with Sperling taking on the task Biden helmed.

“We thought we did everything we could to try to bring the country back after the Great Recession,” he said. “The one thing that was very, very clear to us was that nothing so specifically held back growth than the contraction of state and local government.”

Sperling pointed out estimates that more robust funding to help return governments to pre-recession employment levels could have meant a 3 percent rate of economic growth over four years, rather than 2.3 percent. That made direct funding to counties a priority. As did two-way-outreach to counties.

“I can’t tell you how [often] I will be on a phone call and even though it may seem we don’t have the direct answer, that informs us,” he said. “We recognized that the implementation of this… Do you have clarity? Do you have guidance? If there’s a place to resolve, can we get out new guidance? This is critical.”

Though the pair apologized that the ARP couldn’t allow counties even greater flexibility to spend the $65.1 billion, they said the money was targeted intentionally.

“The president, in designing the American Rescue Plan, decided that he was going to give a historic amount of money to local, county and state officials for a very specific reason: Because the needs of each one of the people you serve is different and we knew that by providing the resources to you directly, that you would have the ability to meet those needs,” Adeyemo said.

Investments like that make Adeyemo optimistic the country can expect 6 percent GPD growth.

“Because of the hard work that you’ve done investing in the future of your communities,” he said. 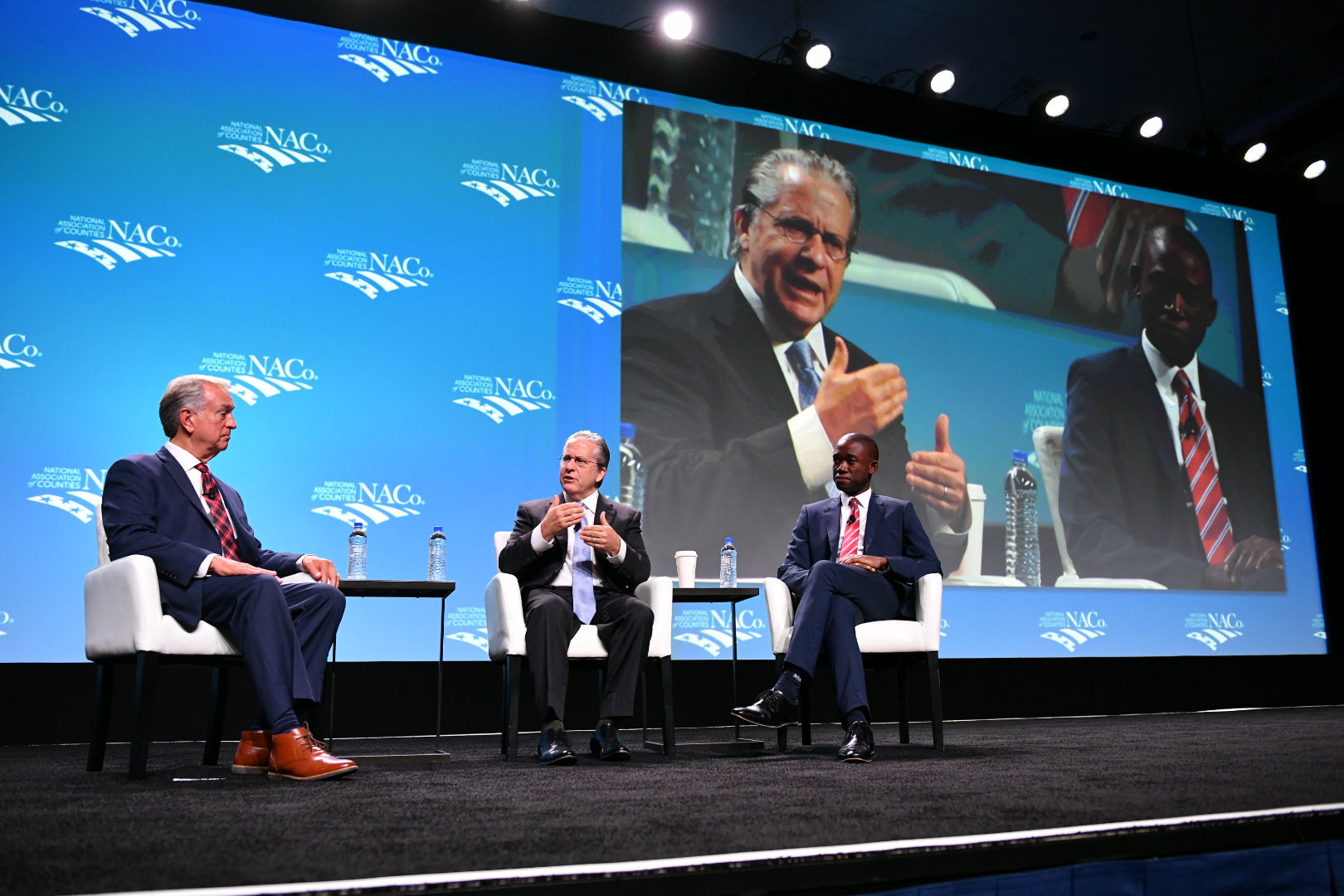