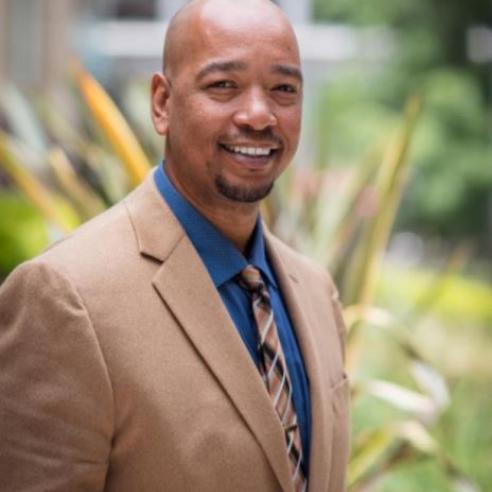 Tshaka Barrows is a member of the Executive Leadership Team with the W. Haywood Burns Institute. As such, his work involves strategic planning, organizational development, financial oversite, project development and managing relationships with community leaders and system decision makers, funders and other partners across the nation. Tshaka joined the Burns Institute in 2002 as Regional Manager for the Community Justice Network for Youth (CJNY) after graduating from the University of Wisconsin. Previously, he worked to build the CJNY from 35 active member organizations in 2002 to over 200 nationwide today!

He developed several curricula including a comprehensive juvenile justice history curriculum and racial and ethnic disparity taskforces in Los Angeles, New York, Boston, Chicago and New Orleans. He is proud to have worked with and supported so many community leaders committed to ‘Stopping the Rail to Jail’. Throughout the development of the CJNY he visited over 140 organizations, held 12 regional conferences and 2 national conferences and facilitated numerous trainings and workshops. Tshaka’s work in CJNY bolstered BI’s sitebased approach. His community engagement contributions to BI’s site-based strategy lead to a significant increase in meaningful community involvement with detention reform. His work established several community-based interventions that have reduced racial and ethnic disparities and increased positive life outcomes for youth involved in criminal justice systems. Tshaka has participated in several national initiatives including; the Annie E. Casey Foundation’s Juvenile Detention Alternatives Initiative, both of the Mac Arthur Foundation’s national initiatives - Models for Change and the Safety and Justice Challenge, the Positive Youth Justice Initiative of the Sierra Health Foundation, as well as the Office of Juvenile Justice and Delinquency Prevention’s Initiative to address Racial and Ethnic Disparities. He is honored to serve as a member of the Equal Voice Action Board of Directors as well as the Free Write Arts and Literacy Board of Directors.