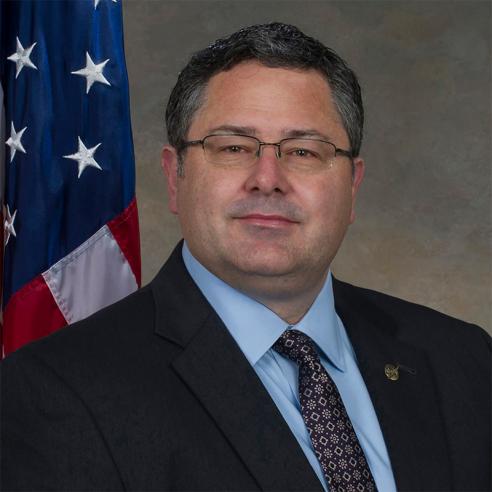 Todd May is director of NASA's Marshall Space Flight Center in Huntsville, Alabama. Named to the position in February 2016, he heads one of NASA's largest field installations, with nearly 6,000 on- and near-site civil service and contractor employees -- including those at NASA's Michoud Assembly Facility in New Orleans, which is managed by the Marshall Center -- and an annual budget of approximately $2.5 billion. May manages a broad range of propulsion, scientific and space transportation activities contributing to the nation's space program.

May was appointed deputy director of Marshall in August 2015 and served as acting director from November 2015 until being appointed director. Prior to that, he was manager of the Space Launch System program since August 2011. SLS, now under development, is the most powerful rocket ever built, able to carry astronauts in NASA's Orion spacecraft on deep space missions, including to an asteroid and ultimately to Mars. The program is managed at Marshall, and May led SLS through a series of milestones, including engine tests and an in-depth critical design review.