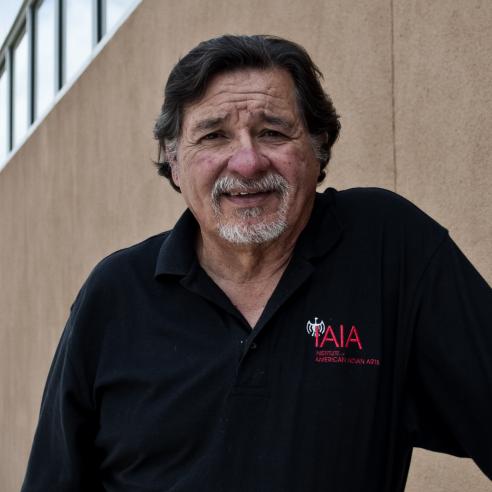 Stephen Wall is an enrolled member of the White Earth Nation. Stephen was born in Roswell, New Mexico and was raised on and near the Mescalero Apache Indian Reservation in southern New Mexico. After graduating high school he attended Fort Lewis College in Durango, Colorado. Upon completing his B.A. in Anthropology at Fort Lewis, Stephen attended law school at the University of New Mexico and graduating in 1975. Stephen has served a number of tribal communities as community organizer, health administrator. He was the prosecutor and judge in the Mescalero Apache Tribal Court in which he served for 12 years. In May of 2006, Stephen was appointed Department Chair for the Indigenous Liberal Studies Program at the Institute of American Indian Arts (IAIA) in Santa Fe, New Mexico, a position he held for 12 years. In 2019 he was voted Faculty Emeritus in Indigenous Liberal Studies by the IAIA Board of Trustees. His retirement took effect in May of 2020.