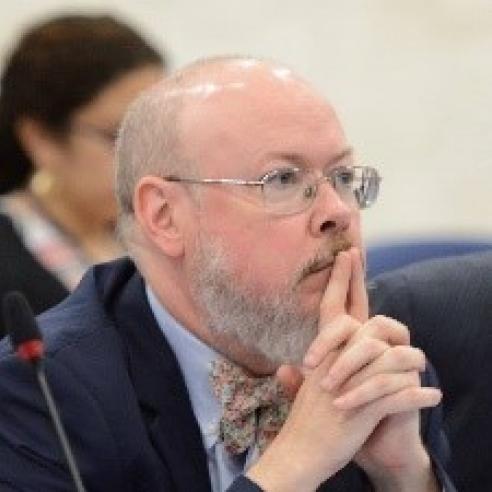 For over 15 years, Simon has helped develop and release Surgeon General Reports, including the landmark 2014 50th anniversary report as well as those on secondhand smoke and on youth tobacco use. Simon has worked in environmental health since the late eighties, working in the Federal government since 1997. Simon lead the EPA's Secondhand Smoke efforts from 1998-2003, helping to design their Smoke-Free Homes campaign and participating in the development of the U.S. Governments secondhand smoke position during the negotiations for the Framework Convention on Tobacco Control. Simon works closely with the Office of the Surgeon General, Department of Health and Human Services to help coordinate the Department’s tobacco control activities. He is one of the authors of the HHS Tobacco Control Strategic Action Plan. Simon is the Designated Federal Official for the Interagency Committee on Smoking and Health.