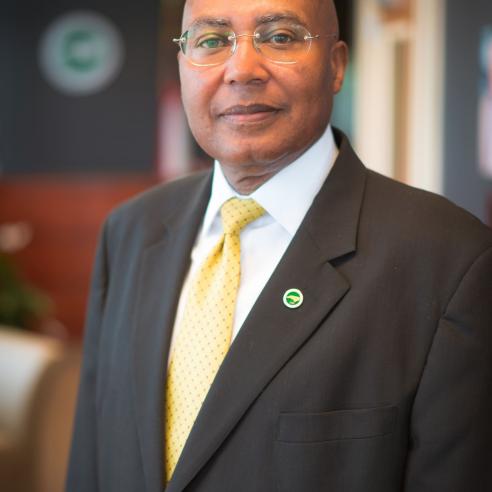 Ronnie Smith is president of the North Carolina Association of County Commissioners (NCACC). He was elected to the Martin County, North Carolina Board of Commissioners in 2002, served as chair from 2008-2010 and again from 2014-2016 and as vice chair from 2006-2008 and 2012-2014. Commissioner Smith served 20 years in the US Air Force, retiring as a Major. Commissioner Smith is active in his community and church and holds a bachelor of science in intermediate education from Fayetteville State University and a double masters in industrial management and human relations from Webster University.