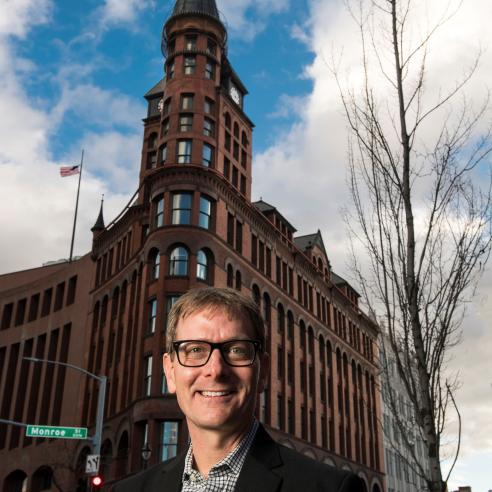 Editor of the Spokesman-Review

Dating back to the early days of the Internet, Spokesman-Review editor Rob Curley has long been considered one of the newspaper industry’s biggest innovators. Through his times at some of the biggest newspapers in the nation like The Washington Post and Orange County Register to working at small midwestern papers like the Lawrence Journal-World and Topeka Capital-Journal, it’s his love of community journalism that drives him.

After building some of the most award-winning news sites on the Internet, he has been featured on the cover of national magazines and even an Apple commercial. Creativity Magazine named him one of the 50 Most Creative People in the World, and he’s one of the only newspaper editors in the world to give “Tech Talks” to Google's programmers on the web giant’s main campus in Silicon Valley.

In 2019, Editor & Publisher magazine named the Spokesman-Review as one of the “10 Newspapers That Do It Right” in the United States, focusing on the newspaper’s ground-breaking community events series. With a quick wit and natural knack for whimsical storytelling, Curley is a sought-after speaker on the national and international levels.