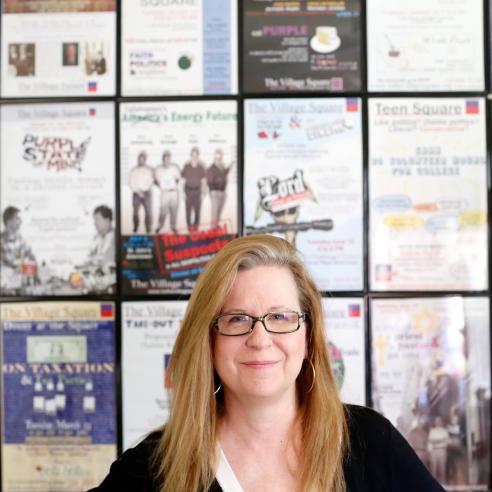 Liz Joyner is the executive director of the Village Square, a nonprofit dedicated to reviving civic connections across divisions inside American communities. Named by former U.S. Sen. Olympia Snowe as one of eight organizations to support if you're concerned about the deepening partisan divide, the Village Square has received support from the John S. and James L. Knight Foundation, the Reid Hoffman Foundation and was the recipient of the 2015 Statewide Impact Award from Leadership Florida.

Liz has a Masters Degree in Social Work, conceptualizing the Village Square after her experience working in politics convinced her that the way we work out our disagreements in today's public square is fundamentally flawed. She was nominated by Leadership Tallahassee as Leader of the Year in 2010, named by the Tallahassee Democrat as one of "25 Women You Need to Know" in 2015, by the Girls Scouts as a "Woman of Distinction" in 2016 and was honored by United Church Women as a Woman of Peace. She is also a Knight Foundation Fellow, a participant in the 2015 Conclave on Political Polarization.