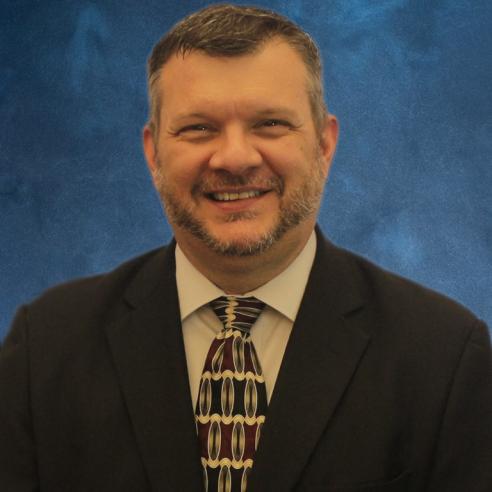 Michael Daniels comes to his current career in public service and policy management with an extensive background in science, business, and social justice. He joined the staff of Franklin County Commissioner Marilyn Brown in March of 2012, and in June of 2017 became the County’s Justice Policy Coordinator. He is also vice-chairman of the Board of Directors of the Africentric Professional Development Shop.

Michael believes that economic development, good jobs, and workforce readiness, coupled with a strong safety net, a commitment to diversity and inclusion, and a high quality of life for all residents are the cornerstones of a civilized society. He is committed to creating and implementing policies and procedures that encourage and enable residents to obtain and maintain good jobs with fair pay and benefits. He leads in the area of workforce development to launch innovative policies that encourage and incentivize economic development which leads to job creation and retention, and to filling those jobs with Franklin County residents.

Michael is passionate in the arena of social justice for all people. He is fully committed to issues of human rights, actively advocating and advancing policies of fully-inclusive equality on behalf of women's rights, diversity and inclusion for all people, and open and accessible access to education, housing, and government. He is a vocal advocate for social justice and progressive issues, and a voice in the movements for GLBT and marriage equality, for women's reproductive and educational freedoms, for the reintegration into society's fabric for ex-offenders, and for the protection of workers’ safety and right to organize. He has served on several non-profit boards and has been named a Franklin County Children Services Foster Parent of the Year. He has presented at TEDx Marion Correctional, and was a recipient of the inaugural Ohio Department of Rehabilitation and Corrections Impact Award in 2013. He was selected to attend the Policy Research Associates’ 2016 Behavioral Health & Justice Leadership Academy, an invitation-only event sponsored by PRA, the Langeloth Foundation, the Council of State Governments Justice Center, and the National Association of Counties. He is the point person for Franklin County’s Council of State Governments Justice Center “Stepping Up” initiative and for Franklin County’s commitment to the White House’s “Data-Driven Justice” initiative.

Prior to joining Franklin County, Michael was co-owner and co-publisher of Outlook Media, Ohio’s progressive and GLBT media company, and a frequent commentator in print, and on radio and television. He has worked in television media software as a project manager in California, and in the pharmaceutical industry with postings in Indianapolis and Philadelphia. He holds a master’s degree in chemistry from Washington University in St Louis, and a bachelor’s degree in chemistry and Spanish from Franklin College of Indiana. Michael and his husband, Robbie, live in Weinland Park with their dogs, cats, and chicken.