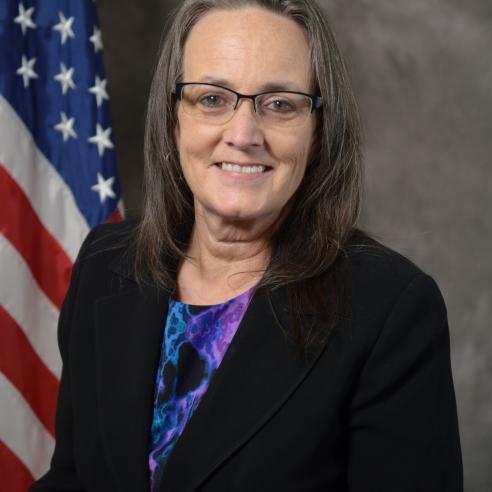 Marsha Travis is the Director of Standards and Accountability at the Davidson County Sheriff's Office, where she began her career in 1988 in support services and inmate programming, security operations, then facility administrator and, finally, in her current division. She has taken leadership and management courses from the National Institute of Corrections (NIC) and been recognized by the American Jail Association (AJA) as a Certified Jail Manager since 1998. She also holds AJA’s designation of Certified Corrections Manager and Correctional Behavioral Health Certification-Honors. Ms. Travis completed a five-year term as a Commissioner for AJA’s Jail Manager Certification Commission and served on ACA’s Delegate Assembly.  She has conducted training sessions for NIC as well as her agency. She is the 40th President of AJA and assumes the role of Immediate Past President on April 10, 2021. She is a previous recipient of the Correctional Administrator of the Year award and was elected to the AJA Board of Directors in 2011.