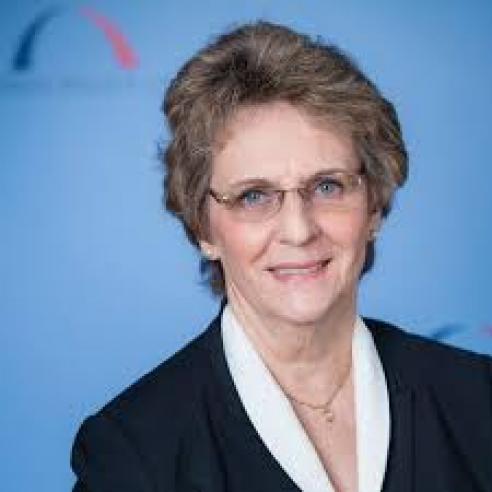 Linda Smith is director of BPC’s Early Childhood Development Initiative. She most recently served as the deputy assistant secretary for early childhood development in the Administration for Children and Families (ACF) at the U.S. Department of Health and Human Services. In this role she provided overall policy coordination for the Head Start and Early Head Start programs and the Child Care and Development Fund and served as the department’s liaison to the U.S. Department of Education and other federal agencies.

Previously, Smith served as the executive director for the National Association of Child Care Resource and Referral Agencies (NACCRRA), where she represented more than 650 community-based agencies concerned with the care of children in their earliest years. Key components of NACCRRA’s advocacy efforts included strengthening child care licensing and oversight, requiring comprehensive background checks, and establishing minimum training requirements for all child care workers.

Smith served as a legislative fellow and professional staffer on the Senate Health, Education, Labor and Pensions Committee under the chairmanship of the late Senator Edward M. Kennedy. Prior to this work, she was the director of the Office of Family Policy for the Secretary of Defense, where she was one of the primary architects of the military’s child care program. Additionally, she has held positions with both the U.S. Army and U.S. Air Force.

Smith began her career in early childhood education on the Northern Cheyenne Reservation in her native state of Montana. She is a graduate of the University of Montana.