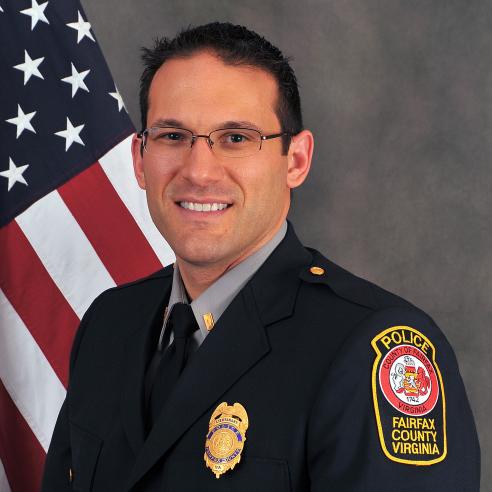 Lieutenant Eric Ivancic is the Crisis Intervention Team Commander at the Fairfax County Police Department. He joined the Fairfax County Police Department in 2000 and was a patrol officer for 11 years and was selected for positions on Selective Enforcement Teams and Neighborhood Patrol Units specializing in criminal interdiction and narcotic enforcement in the McLean and Sully Districts. Lieutenant Ivancic spent 2 years in patrol as a sergeant in the Reston and Sully Districts before being promoted to second lieutenant. where he was transferred to the Property & Evidence Section. As a second lieutenant he supervised two Neighborhood Patrol Units in the West Springfield and Sully Districts, supervised the Organized Crime and Narcotics Section and worked in the Public Affairs Bureau, Intergovernmental Affairs and Policy Division, Internal Affairs and served as a Peer Support Supervisor. In August 2021, Lieutenant Ivancic was promoted to first lieutenant and soon after assigned to the Crisis Intervention Team.