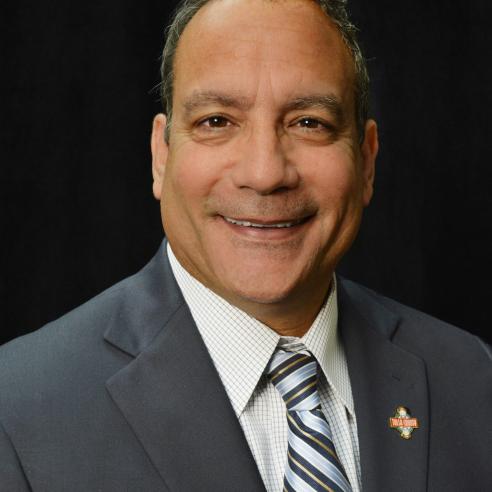 Hon. Stan Sallee was elected County Commissioner for District One in November 2018. He represents the cities of Broken Arrow, Collinsville, Owasso, Skiatook, Sperry, Tulsa and the unincorporated areas in District One. Commissioner Sallee and his wife have been
married for 31 years, have two grown children and are lifelong residents of Tulsa County. He attended the University of Oklahoma and Northeastern State University earning a BA in Business and Finance.

Commissioner Sallee's career in business ranges from Oil and Gas Production, Manufacturing and Real Estate Development. His focus has always been starting and growing businesses, creating jobs and building neighborhoods in District One. His family has devoted their time to public service. His grandfather, Lincoln Sallee was the first republican Tulsa County Commissioner for District One in 1938 and served as Mayor in Collinsville. Stan's maternal grandfather, Col. Sol H. Bayouth, was a community leader, served on Tulsa County Fair Board for many years and founded Bayouth Dept. Stores in Northeastern Oklahoma.

Following in his family's footsteps of successful service, Commissioner Sallee became a Collinsville City Councilor in 2002, serving for two years and Mayor for eight years. He also has served on many boards and organizations throughout the region.

Commissioner Sallee is a visionary and maintains a strength of mind while creating a strong foundation for economic development and promoting a spirit of cooperation. He was honored with the Oklahoma Municipal League prestigious Mayor of the Year award in 2005 for demonstrating tireless efforts of placing the community's wellbeing first and promoting community interests which result in a better quality of life for all residents.

Commissioner Sallee's focus for the county is on public safety, roads, bridges and will take a balanced approach to ensure a strong foundation for economic development and revitalization of Tulsa County. He embraces the challenges that face the county and focuses on results to make Tulsa County and District One a better place to live.