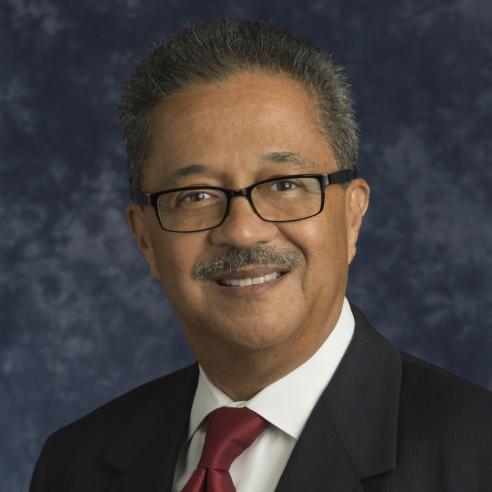 Tarrant County, Texas Commissioner Roy Charles Brooks was elected NACo president on July 24, 2017. Active in NACo since 1991, Brooks most recently served as chair of NACo’s Large Urban County Caucus, which works to address the challenges facing the nation’s 100 largest counties. He has served on NACo’s Board of Directors, chaired NACo’s Health Steering Committee Subcommittee on Health Reform and chaired NACo’s Healthy Counties Initiative Advisory Board. He is also the chairman of the National Organization of Black County Officials.

For more than 30 years, Brooks has represented his community as a volunteer, a city official and a county commissioner.Located in the north central part of Texas, Tarrant County serves a population of approximately 1.8 million residents.

Brooks was elected to serve as a Tarrant County commissioner in 2004 and has dedicated himself to addressing human services issues since taking office.He has worked diligently to provide constituents with opportunities to sign up for health care through the Affordable Care Act and has taken on issues such as healthcare for the homeless,infant mortality, obesity, health disparities and AIDS education.

Brooks has served in numerous local, state and federal leadership positions and is passionate about improving residents’ health and welfare. He has spearheaded many programs in Tarrant County, including the Tarrant CountyEx-Offender Re-Entry Program, the Nurse Family Partnership — an evidence-based nurse home visitation program for first-time mothers and their children — and the Blue Ribbon Task Force on Health Care for the Homeless.

A committed husband and father, Brooks is married to Dr. Jennifer Giddings Brooks, President and CEO of Brooks and Associates Educational Consultants. They are the proud parents of two adult children. Brooks is an active, long-term member of Morningside United Methodist Church, an avid reader, a collector of African American art and a participant in the Adlee H.Trezevant Memorial Choir of the historic I.M. Terrell High School.