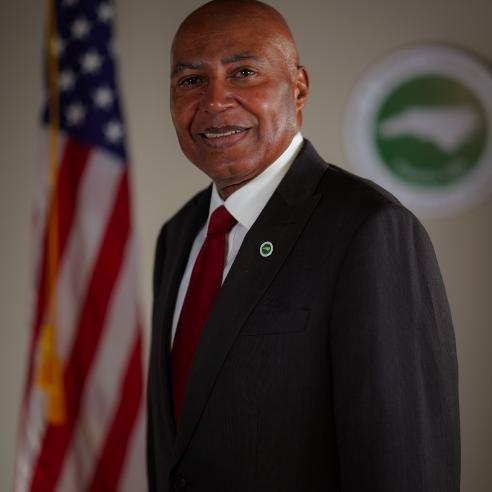 Commissioner Ronnie Smith of Martin County, North Carolina was elected in 2002. He is the current chairman of the Martin County Board of Commissioners and served as chairman in 2008-2020 and 2014-2016 and vice chairman in 2006-2008 and 2012-2014. He served as the North Carolina Association of County Commissioner's (NCACC) Second Vice President from 2017-2018 and as NCACC's President in 2020-2021. Commissioner Smith is a retire United States Air Force officer and has a bachelors of science in intermediate education from Fayetteville State University and two masters degrees, one in industrial management and one in human relations, from Webster University in Saint Louis, Missouri.