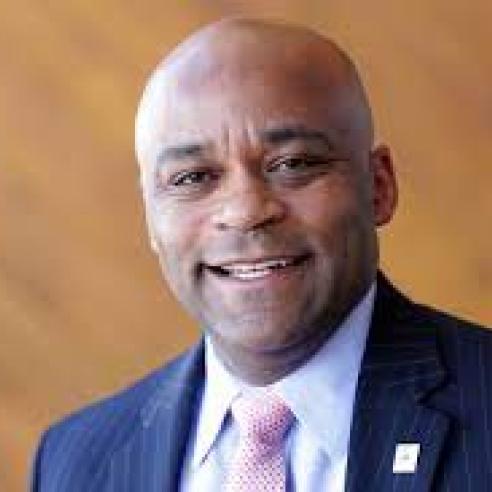 Michael B. Hancock is the 45th Mayor of Denver, Colorado. Mayor Hancock was in his second term as the Denver City Councilor from the 11th District when he was elected to the mayorship in 2011 and was re-elected in 2015 and 2017. He is Denver's second African-American mayor and the co-author, with former Colorado State Senator Pete Groff, of  "Standing in the Gap: Leadership for the 21st Century" (Ascent Press, 2004). Mayor Hancock served as the President of the Denver City Council twice and worked for the Denver Housing Authority and the National Civic League. He joined Metro Denver's Urban League and became the youngest leader of an Urban League chapter in the United States, serving as executive vice president, interim president and then president.