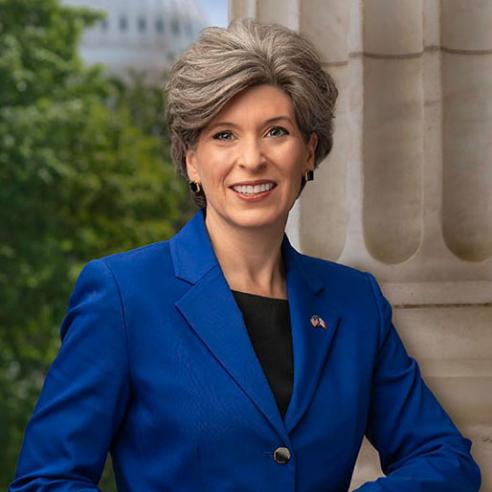 Senator Joni Ernst, native of Red Oak, Iowa, has dedicated her life to her state and country, having served in the military for over 23 years and now in the United States Senate.

In November 2014, Senator Ernst was elected as the first woman to serve in federal elected office from the State of Iowa and also became the first female combat veteran elected to serve in the United States Senate. In Washington, she serves on five Senate committees of major importance to Iowans: Armed Services; Agriculture, Nutrition and Forestry; Environment and Public Works; Judiciary; and Small Business and Entrepreneurship.