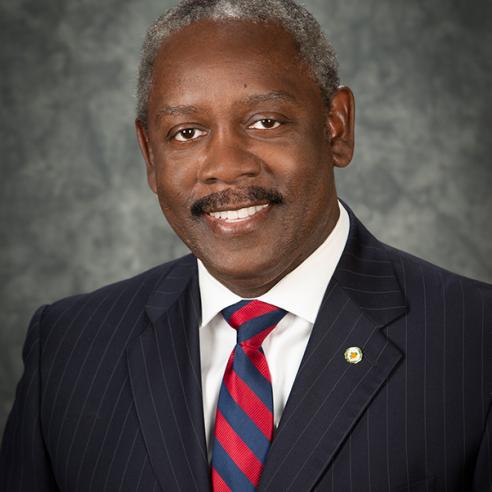 Mayor Jerry L. Demings was sworn in on Dec. 4, 2018 as the 5th elected Mayor of Orange County and is the first African-American to serve in the role. He oversees more than 8,000 Orange County employees and a $4.4 billion budget as the County’s chief executive officer. Mayor Demings became Orlando’s first African-American police chief in 1998 and was elected the first African-American Orange County Sheriff in 2008. He was re-elected in 2012 and again in 2016. He is a graduate of the 194th session of the Federal Bureau of Investigation's National Academy and studied at Harvard University’s John F. Kennedy School of Government. Mayor Demings currently serves on several regional boards of directors, including the Greater Orlando Aviation Authority, Central Florida Expressway Authority and Metroplan Orlando and is involved in numerous civic organizations.