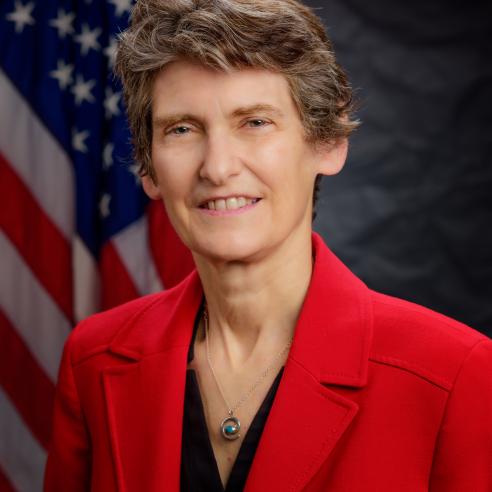 Janet McCabe was sworn in as the 16th Deputy Administrator of the United States Environmental Protection Agency on April 29, 2021. Deputy Administrator McCabe returns to EPA after spending seven years working as Acting Assistant Administrator and Principal Deputy to the Assistant Administrator in the Office of Air and Radiation under President Barack Obama. Prior to rejoining EPA, Janet McCabe was a Professor of Practice at the Indiana University McKinney School of Law and Director of the IU Environmental Resilience Institute, where she started as Assistant Director for Policy and Implementation in 2017. Her work at Indiana University centered on establishing innovative, research-informed, and actionable solutions to reduce environmental risks and help protect the health of communities and families. Over the course of her career, McCabe has spent time working for state environmental agencies in Massachusetts and her long-time adopted home state of Indiana, with a focus on implementation of the Clean Air Act and other air quality issues. Prior to joining EPA in November 2009, McCabe was Executive Director of Improving Kids’ Environment, Inc., a children’s environmental health advocacy organization based in Indianapolis. McCabe knows firsthand through these experiences that programs to improve public health and protect our environment are strongest when they are informed by a diversity of perspectives, and rooted in science, transparency, and the law. McCabe grew up in Washington, D.C. and graduated from Harvard College in 1980 and Harvard Law School in 1983. From 1983 to 1984 she clerked for Justice Neil L. Lynch of the Massachusetts Supreme Judicial Court. She and her husband have three children and two grandchildren.