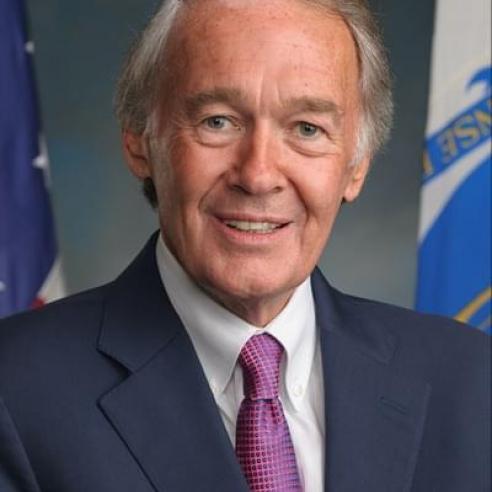 Senator Edward Markey has served in the United States Senate since 2013. A member of the Democratic Party, he was the U.S. representative for Massachusetts's 7th congressional district from 1976 to 2013. Between the House and Senate, Markey has served in Congress for more than four decades. He was also a member of the Massachusetts House of Representatives from 1973 to 1976. Markey has focused on climate change and energy policy and was chair of the House Select Committee on Energy Independence and Global Warming from 2007 to 2011. Markey is the Senate author of the Green New Deal.