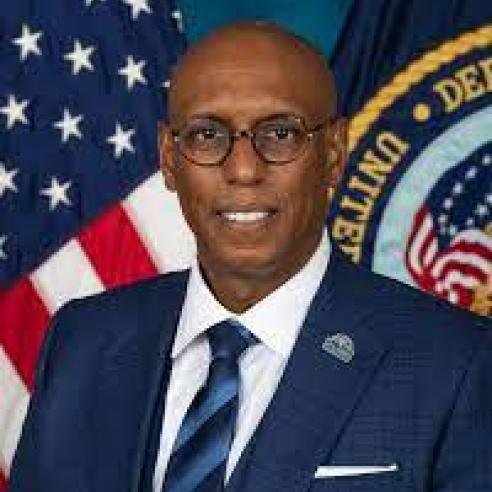 The Honorable Donald M. Remy was nominated by President Biden to serve as the Deputy Secretary of the Department of Veterans Affairs (VA). Remy’s nomination was confirmed by the United States Senate on July 15, 2021, and he was sworn in by Secretary Denis McDonough on July 19, 2021, as the 9th Deputy Secretary of Veterans Affairs. Before coming to VA, Remy was the Chief Operating Officer and Chief Legal Officer at the nonprofit National Collegiate Athletic Association (NCAA) where he oversaw all strategic planning, operations, budget management, and legal affairs for the $1 billion enterprise. Mr. Remy advised the NCAA governance cabinets, committees, and boards of all three Divisions, and he was central to improving NCAA business, operational, and legal strategies. Remy has prior government service as Deputy Assistant Attorney General for the Department of Justice, Assistant to the General Counsel for the United States Army, and law clerk at the 6th US Circuit Court of Appeals. A Veteran himself, Remy was a Captain in the Army, and he grew up in a family with a long tradition of military service.