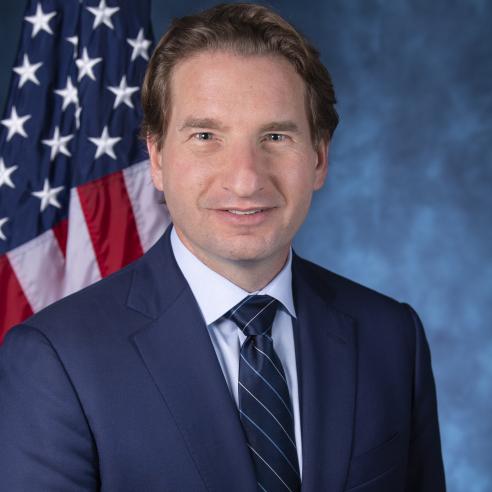 Hon. Dean Phillips is the US Representative for Minnesota's Third Congressional District. He is a member of the House Ethics, Financial Services and Foreign Affairs Committees, as well as the Democracy Reform Task Force, Gun Violence Prevention Task Force and bipartisan Problem Solvers Caucus. During the summer of 2020, Rep. Phillips wrote the Paycheck Protection Program Flexibility Act with Texas Republican Chip Roy. In June, he was recognized for his efforts by the U.S. Chamber of Commerce with the Jefferson-Hamilton Award for Bipartisanship. Rep. Phillips attended Brown University before returning to Minnesota to earn his MBA from the University of Minnesota's Carlson School of Business. After working at a variety of small startups, he joined his family business, Phillips Distilling, where he worked his way up and eventually led. He later went on to help build Talenti Gelato into one of the top-selling ice cream brands in the country and is now co-owner of Penny's Coffee, a small business with three locations in the Twin Cities and is active in the philanthropic community in Minnesota through the Phillips Family Foundation.