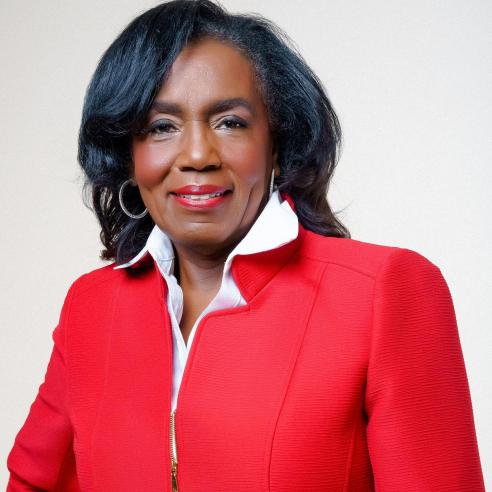 Chair of the Durham County, N.C. Board of County Commissioners

Commissioner Brenda Howerton is the chair of the Durham Board of County Commissioners. She was elected to the Durham County Board of Commissioners in 2008 and reelected in 2012, 2016, and 2020 and is now in her fourth term. On August 12, 2017, Commissioner Howerton was sworn in as President of the North Carolina Association of Counties. She is the first Durham County commissioner to be elected to a statewide senior leadership office. Her tenure as president will focus on the initiative announced on her installation night "100 Counties Helping Our Children Thrive."

Now serves as Immediate Past President Commissioner Howerton has served as Vice Chairman of the County Commissioner from 2012 until 2016. She serves or has served on a number of local, state and national boards and commissions including the Durham Technical Board of Trustees, Convention & Visitors Bureau Tourism Authority, Downtown Durham Inc., Chair of the City/County Planning Committee, Juvenile Crime Prevention Council, Public Health Board, Triangle J Council Center of the Region, Durham City-County Committee Member, Durham Partnership for Children, Durham History Hub, Workforce Development Board and Co-Chair Transformation in Ten Education Task Force and the Criminal Justice Advisory Committee (Stepping Up Initiative). She was appointed by Governor Cooper to the Local Government Employees Retirement System Board of Trustees (LGERS) and Served on the Emerging Issues Blue Ribbon Commission for early childhood financing. She is also appointed by the President of NACo as Vice Chair of both the Healthy Counties Initiative Advisory Board and Work Force Subcommittee for the Community, Economic and Workforce Development Steering Committee and a member of the Large Urban Caucus committee.

She received her bachelors of science degree in business management magna cum laude from Shaw University, Raleigh, North Carolina and a certification in executive coaching from North Carolina State University. She is the owner of Howerton Consulting, Inc. that specializes in organizational development and executive coaching for public and private industries. Her interest in county government stems from her education and work background. She not only has certifications in business, but also certifications from two political leadership institutions. She was one of the first to complete the Advanced Leadership Corps offered by the University of North Carolina at Chapel Hill School of Government, a course offered to municipal and county elected leaders each year. Additionally, Commissioner Howerton completed the Local Leaders Academy (LELA). The LELA is a partnership with the School of Government at UNC-Chapel Hill, North Carolina Association of County Commissioners, and the NC League of Municipalities offer elected officials the knowledge and skills needed to lead and govern their communities. She is the recipient of the Human Relations Commission Award for commitment to inclusion from the Durham Human Relations Commission. She moved to Durham in 1986 and is a member of Union Baptist Church an d raised four children, two of whom graduated from Durham Public School, and has three wonderful grandchildren.