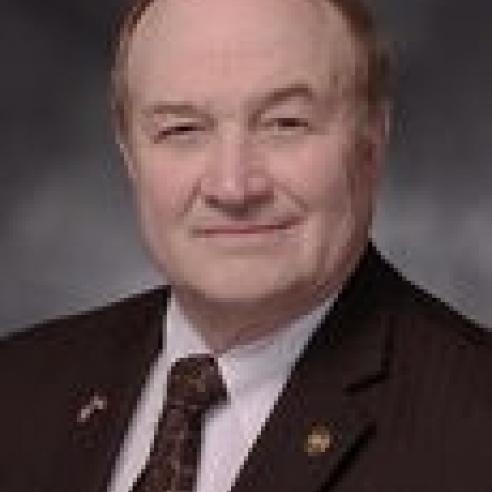 Bill Reiboldt, a Republican, serves as Presiding Commissioner of Newton County in Southwest Missouri. He was elected to a four-year term in 2018. Before assuming the County position, Bill served for eight years as State Representative for the area. Following graduation from Neosho High School, Bill attended MSSU, then went on to Harding University, where he graduated with a Business Administration degree. For over forty years Bill managed, expanded and worked on the family dairy farm before running for the State Representative position. The farm has now transitioned to crops and a beef cow operation.

Bill is a member of the Hillcrest Church of Christ and is active in numerous organizations, including the Missouri Farm Bureau, Dairy Farmers of America, Missouri Cattlemen’s Association, Missouri Corn Growers, Missouri Soybean Association, the National Federation of Independent Business, the Neosho Chamber of Commerce, and the Neosho Lion’s Club.

Born and raised in Newton County, Bill lives on the family farm just outside Neosho, where the farming operation is still very active. He and his wife, Kathleen, have three children: Bryan, Beth and Jennifer, and eight grandchildren.