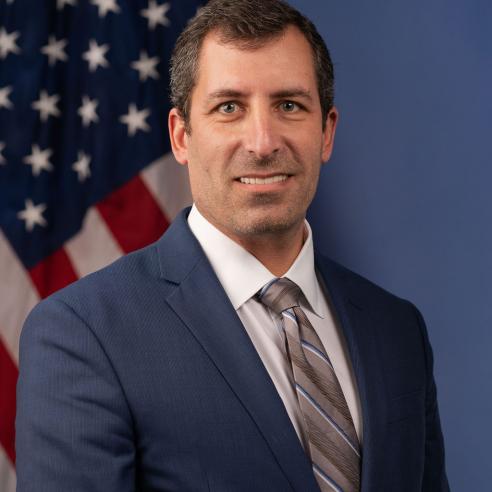 Greg Kalbaugh serves as the Executive Director of SelectUSA, a government-wide initiative dedicated to advancing the Trump Administration’s trade and economic agenda by fostering job-creating business investment into the United States.

Prior to joining the Trump administration, Mr. Kalbaugh was a senior executive at a U.S.-based biotech company, where he led government affairs and reimbursement efforts in seven of the company’s top-ten global markets and was a member of the company’s senior leadership team. Mr. Kalbaugh’s earlier experience includes serving as Deputy Vice President for International Intellectual Property at PhRMA, as International Trade Counsel at the Senate Finance Committee and as Director and Counsel at the U.S. Chamber of Commerce.

He holds a law degree from University College Cork and earned an LL.M. in Intellectual Property Law from The George Washington University School of Law in Washington, D.C.