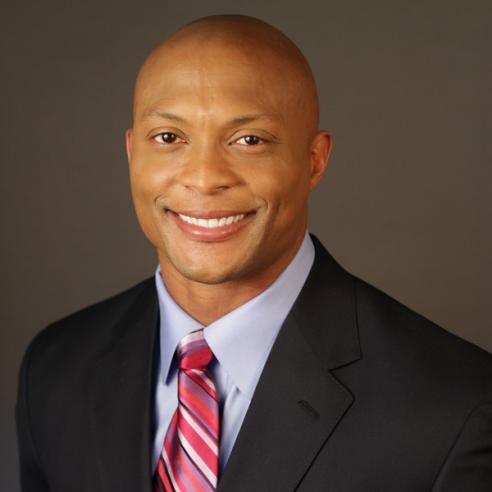 With his passionate and competitive spirit, Eddie George has carved a special niche for himself in the professional sports arena, particularly the National Football League (NFL) where he is only the second NFL running back to rush for 10,000 yards while never missing a start. In addition to the Heisman Trophy, George won several NFL Rookie of the Year awards in 1996, and was the Tennessee Titans’ starting tailback until 2003. George’s punishing north-and-south running style won him the 1997 Associated Press’s “Offensive Rookie of the Year” honors as well as four consecutive trips to the Pro Bowl from 1998 to 2001. George owns virtually every franchise rushing record. He led the America Football Conference (AFC) Champion Titans to Super Bowl XXXIV in 2000.

George has also been a celebrated actor. His most notable contribution to theater is his recent role as Billy Flynn in Broadway’s “Chicago.” He has graced the stage in several theatrical productions, including “The Whipping Man” at the Tennessee Performing Arts Center and as the title roles in “Julius Caesar” and “Othello” for the Nashville Shakespeare Theatre. George has appeared in several films (“The Best Man Holiday,” “7-10 Split” and “Into the Sun”) and television roles (“Shooters,” “NCSI: Los Angeles” and HBO’s “Ballers”). Most recently, he starred in the Nashville Repertory Theatre’s “A Raisin in the Sun,” as Walter Lee.

Instead of resting on his records, George took on the challenge of his lifetime—during the past decade he has quietly built businesses aimed at helping improve the quality of life for all Americans, the latest being the Edward George Wealth Management Group.