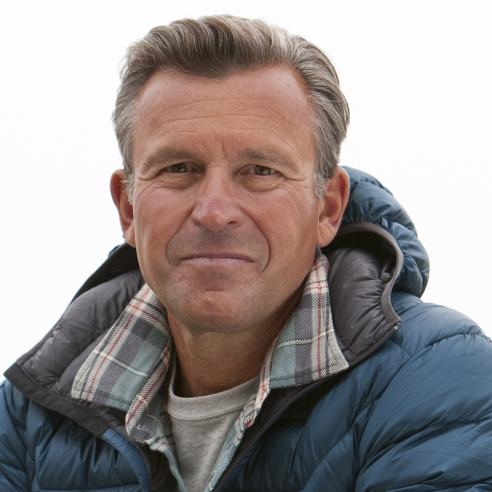 The only American mountaineer to have climbed the world’s 14 highest peaks without supplemental oxygen. Named National Geographic’s Adventurer of the Year in 2005, he was featured in the in the documentary film, Everest, and has participated in many high-altitude rescues. His autobiography, No Shortcuts to the Top: Climbing the World’s 14 Highest Peaks documents his 16-year journey summiting peaks and his strategies to manage risk in extreme environments.