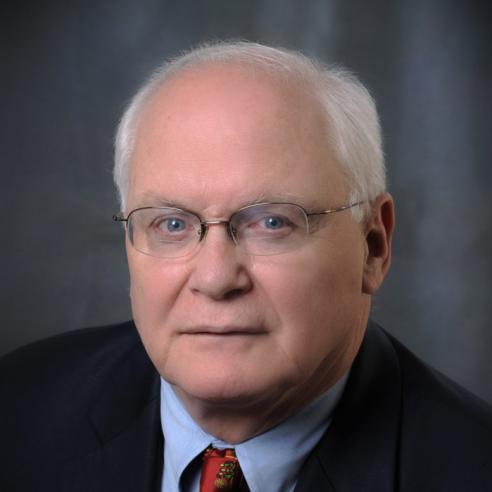 David Lawrence Jr. retired in 1999 as publisher of The Miami Herald to work in the area of early childhood development and readiness. He chairs The Children’s Movement of Florida, aimed at making children the state’s top priority for investment. He has served on the Governor’s Children and Youth Cabinet and twice chaired the Florida Partnership for School Readiness. In 2002 and 2008 he led successful campaigns for The Children’s Trust, a dedicated source of early intervention and prevention funding for children in Miami-Dade. In 2002-3 he chaired the Governor’s Blue Ribbon Panel on Child Protection, and in 2011 chaired a similar panel for the Department of Children and Families. In 2002, he was a key figure in passing a statewide constitutional amendment to provide pre-K for all 4 year olds. He is the founding chair of the Early Learning Coalition of Miami-Dade and Monroe. The David Lawrence Jr. K-8 Public School opened in 2006. An endowed chair in early childhood studies is established in his name at the University of Florida. In 2015 he was appointed by the Governor as a trustee of Florida A&M University. His memoir, “A Dedicated Life: Journalism, Justice and a Chance for Every Child,” was published in 2018.

Before coming to Miami in 1989, he was publisher and executive editor of the Detroit Free Press. Previously he was editor of The Charlotte Observer, and earlier in reporting and editing positions at four newspapers. (During his tenure as Miami Herald publisher, the paper won five Pulitzer Prizes.)

He is a graduate of the University of Florida and named “Outstanding Journalism Graduate” and subsequently from the Advanced Management Program at the Harvard Business School. In 1988, he was honored with Knight-Ridder’s top award, the John S. Knight Gold Medal. His 13 honorary doctorates include one from his alma mater, the University of Florida. His national honors include the Ida B. Wells Award “for exemplary leadership in providing minorities employment opportunities” and the National Association of Minority Media Executives award for “lifetime achievement in diversity.” His writing awards include the First Amendment Award from the Scripps Howard Foundation and the Inter American Press Association Commentary Award. He chaired the national Task Force on Minorities in the Newspaper Business, was the 1991-92 president of the American Society of Newspaper Editors and the 1995-96 president of the Inter American Press Association. He was inducted into the Florida Newspaper Hall of Fame in 2010.

He has served the Miami Art Museum (now PAMM), United Way, the New World School of the Arts and the Foundation for Child Development in New York – each as chair — and is a life member of the University of Florida Foundation. He serves on the national boards of the Everglades Foundation and Americans for Immigrant Justice. He was the local convening co-chair of the 1994 Summit of the Americas. And he co-founded a non-profit vocational-technical school in Port-au-Prince, Haiti.

He and Roberta, a master’s graduate in social work from Barry, live in Coral Gables and have 3 daughters, 2 sons and 7 grandchildren. His honors include: “Family of the Year” from Family Counseling Services and “Father of the Year” by the South Florida Father’s Day Council. He has been honored as a Miami Today Living Legend as well as with the Governor’s Shine Award for Inspirational Teachers. His honors include the Bob Graham Center for Public Service “Citizen of the Year,” the Greater Miami Chamber of Commerce M. Athalie Range Miami Pioneer for Progress Award, the James W. McLamore Outstanding Volunteer Award on National Philanthropy Day, the Trish and Dan Bell Community Empowerment Award, the Children of Inmates “League of Superheroes,” the Cervantes Outstanding Educator Award, and the Coral Gables Community Foundation Education Award. Nationally, he has been honored with the American Public Health Association Award of Excellence, the Lewis Hine Award for Children and Youth, the “Children’s Champion” award from the National Black Child Development Institute, the Fred Rogers Leadership Award from the Grantmakers for Children, Youth and Families, the Terri Lynne Lokoff Child Care Advocate Award, the CNC (Cuban American National Council) Lifetime Achievement Award, The National Center for Victims of Crime for “extraordinary leadership and service on behalf of abused children,” the National Association for Bilingual Education for “building early literacy skills for all children,” and a Spirit of Fatherhood Hall of Fame inductee by the National Partnership for Community Leadership.