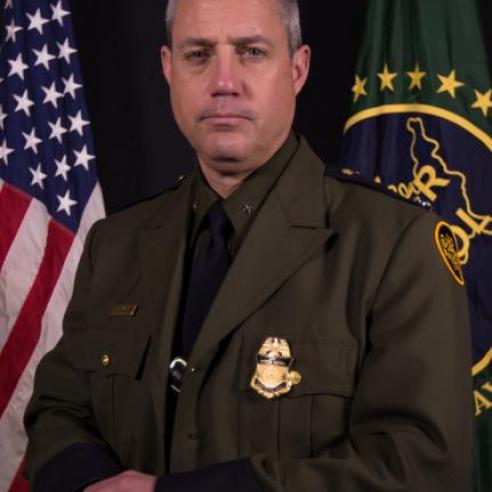 David BeMiller directs and oversees all law enforcement and intelligence collection activities of seven Border Patrol Stations spanning Washington, Idaho and Montana. Mr. BeMiller began his career with the U.S. Border Patrol in March 1998 in Nogales, Arizona. In 2004, Mr. BeMiller was promoted to Supervisory Border Patrol Agent at the Tucson Station. In 2007, Mr. BeMiller was promoted to Assistant Chief working for the Commissioner’s Office with the Secure Border Initiative (SBI) in Washington D.C. In 2008, Mr. BeMiller was appointed as the Director of Administration for SBI. During his tenure, he was responsible for leading and coordinating the reorganization of the SBI office in response to CBP’s internal review and to legislative requirements within the FY08 Expenditure Plan. In 2009, he was selected by the Office of the Chief, U.S. Border Patrol Headquarters, Washington D.C. to serve as the Adjutant to then Deputy Chief Ronald Colburn, where he served as a principal advisor to the Chief and Deputy. He also participated in Congressional meetings, and served as liaison with Congressional staff. In March, 2010, he relocated to San Diego Sector in Chula Vista, California. There he served as an Assistant Chief Patrol Agent where he directed and oversaw multiple Sector Programs. In 2012, he was appointed to be the Executive Officer of Operations for San Diego Sector. In January, 2013 he was selected as the Deputy Patrol Agent in Charge of the El Cajon Station. In August, 2013 he then promoted to Patrol Agent in Charge of the San Clemente Station. In April, 2014 he transferred to Campo Station as the Patrol Agent in Charge where he served until his current position.