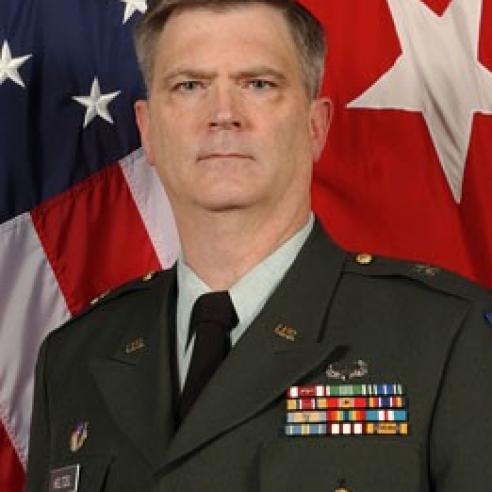 Brigadier General (Retired) John W. Heltzel received his military commission in the Kentucky National Guard from Eastern Kentucky University in 1979.  Over his 33 year military career he commanded at the battery, battalion and regimental levels. In 2007, General Heltzel was selected to serve as the Deputy Commander/Assistant Adjutant General of Kentucky’s Joint Force Headquarters where he directed the training of the Kentucky National Guard in direct support of the Homeland and Global Security Mission.

In July 2008, Governor Steve Beshear appointed General Heltzel to head the Kentucky Division of Emergency Management. During that time he led the Commonwealth’s response to 10 presidentially declared disasters, including 2009’s catastrophic statewide ice storm, as well as 2 historic statewide flooding events and numerous other disasters including tornadoes, infrastructure failures and chemical spills. During his tenure he modernized the emergency management division, developed the Community Hazard Assessment and Mitigation Planning System (CHAMPS) and oversaw the construction of a multi-million dollar, state of the art, Emergency Operations Center (EOC).

General Heltzel served as the Chairman of the Central United States Earthquake Consortium from 2009 through 2012. In 2010 and 2011, he led the planning and development for portions of the National Level Exercise focused on the natural threat of the New Madrid Seismic Zone (NMSZ). The NMSZ presents the nation with a potentially catastrophic threat impacting 8 different states involving 4 separate FEMA regions as one of the most complex response environments in the nation. During the planning effort, General Heltzel, working with the CUSEC member states and FEMA, created the planning doctrine and structure for the first national Resource Allocation Workshop (RAW) in December of 2010.