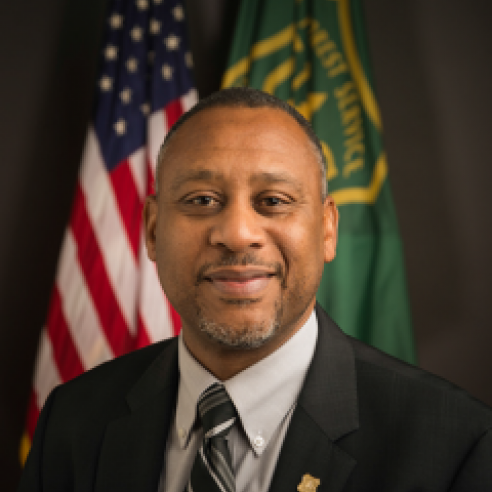 Brian Ferebee is the Chief Executive of Intergovernmental Relations for the U.S. Forest Service, where he works with state and local governments on better coordination and implementation strategies in federal forestry policy. He began his career as a wildlife biologist for the Emmett Ranger District within the Boise National Forest. He served as Regional Forester for the Forest Service’s Rocky Mountain Region before taking on his current role.