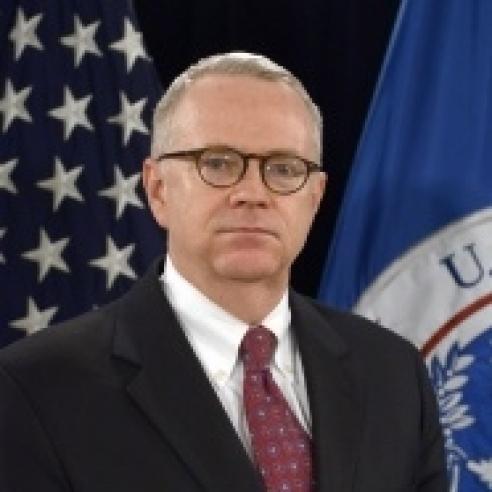 Brian de Vallance helps with policy development and outreach for the nonprofit Center for Internet Security, Inc. (CIS), home of the Multi-State and the Election Infrastructure Information Sharing & Analysis Centers and the CIS Critical Security Controls.  Most recently, he was appointed as Assistant Secretary of the U.S. Department of Homeland Security by President Obama.  Over his career, he has focused on legislative public policy at the Federal, state, and local levels while serving in all three branches of government and worked as senior staff to 2 governors, a mayor, a chief justice of a state supreme court, the U.S. Attorney General and two secretaries of the U.S. Department of Homeland Security. Mr. de Vallance graduated from Brown University and Arizona State University’s College of Law, where he served as the editor-in-chief of the law journal.