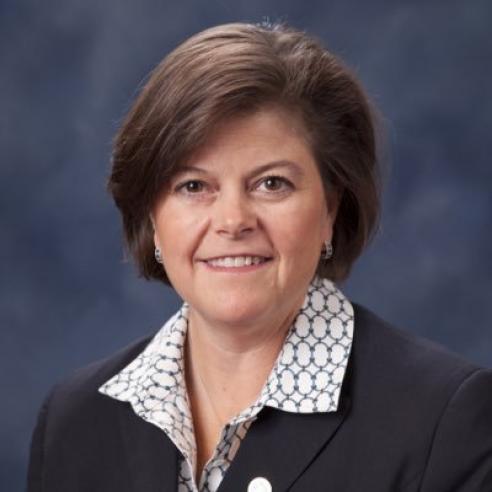 Betsy Fretwell is the Senior Vice President of Switch CITIES and leads result-based community solutions team to drive the strategic development, implementation and national expansion of Switch’s vision of fully integrating the infrastructure and analytics needed to run truly smart communities. Prior to joining Switch, Ms. Fretwell retired from the City of Las Vegas after 17 years and served as the city manager from 2009 to 2017. As a nationally recognized leader, she oversaw a dynamic organization of more than 3,300 employees and a budget of $1.3 billion. She also served as the executive director of the Las Vegas Redevelopment Agency charged with the economic revitalization of downtown Las Vegas. Under Fretwell’s leadership, the City built a new City Hall, attracted the corporate headquarters of Zappos.com, Inc. to downtown, completed The Smith Center for the Performing Arts and attracted the new UNLV Medical School to the City’s Medical District. Ms. Fretwell developed the Innovation District in downtown Las Vegas to test new technologies in a live environment, hosting the first real-time autonomous shuttle in the U.S. She also achieved a 4-Star community sustainability ranking by converting all city facilities to 100% renewable energy sources a value she shares with Switch. She also improved the city’s equality index score to 100, and open data ranking to 1st among the nation’s cities. Ms. Fretwell has a bachelors degree in political science from the University of Georgia and a master's degree in public administration and completed the Harvard University Senior Executives in State and Local Government Program in 2007.