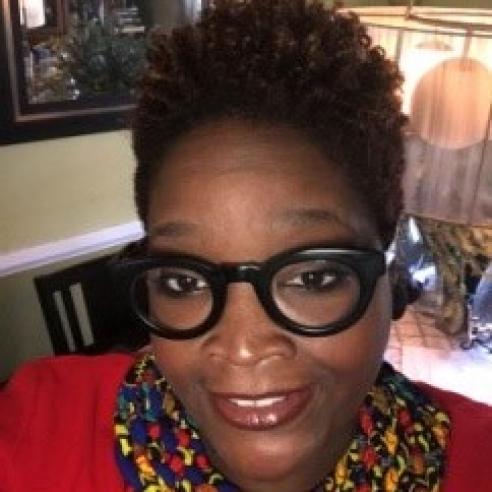 Bernita Sykes is a native of Portsmouth, Virginia, and has been a resident of Central Virginia since 2001. She has a Bachelor’s and Master’s Degree in Psychology.  Her professional career began in the classroom as a middle school special education teacher.  After teaching for the public school system, Bernita worked with adults with special needs in a Day Support program for Henrico Area Mental Health and Developmental Services (HAMHDS). After attending a training at HAMHDS, Bernita’s career interests shifted.  While at the training, Bernita met the supervisor of the agency’s Early Intervention program. After hearing about the program’s goals and mission of providing services to infants and toddlers with developmental delays, Bernita felt that she finally found what she was destined to do in life.  In 2005 she began working as a Service Coordinator for HAMHDS’ Early Intervention program and in 2008, she was promoted to be the Local System Manager for the Henrico Area.

In April of 2017, Bernita partnered with Dr. Oswald from VCU’s Commonwealth Autism to develop an Autism diagnostic clinic for children receiving Early Intervention Services. The clinic is held once a month and has become a great resource for families.

Bernita is a member of Smart Beginnings Greater Richmond, a regional early childhood coalition that works across sectors to ensure that children are healthy, well cared for and ready to succeed in school.

She also serves on an advisory board member for the Early Childhood Mental Health Board of Virginia. The goal of the board, is to build a state early childhood mental health system of care infrastructure and a plan to sustain systems in Virginia.