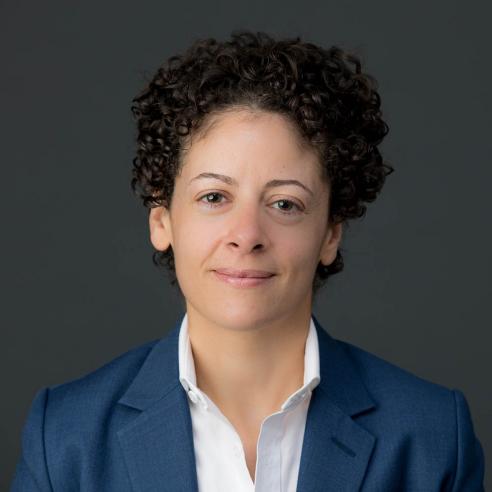 Andrea has dedicated her career to advancing economic equality and justice. As a former leader in government, think tanks, philanthropy and political campaigns, Andrea uniquely understands the capacity and role of government, advocacy, and philanthropy in making cities just and dynamic places. Since joining the firm in 2017, Andrea has taken on projects that grapple with some of the most pressing challenges to inclusive cities.

Andrea helps cities diagnose challenges and identify opportunities, translating the ideas of communities and their advocates into meaningful systems change:

Andrea assesses, develops, and makes recommendations that address the obstacles to inclusion for the most vulnerable residents and communities:

Prior to joining HR&A, Andrea served as Deputy Director of the United States Program of the Open Society Foundations (OSF), George Soros’s global philanthropy, where she managed program operations and grant-making portfolios including investments to advance equitable economic development in Southern cities. Her projects included efforts to tackle state preemption of local laws, raise the minimum wage, improve the wages and working conditions of child care workers, and support progressive local elected officials throughout the country. While at OSF, Andrea also launched the innovative civic engagement initiative, “Talking Transition.” Working with local partners and HR&A Advisors as program manager, the New York City and Washington D.C. initiatives transformed the usual closed-door process between the mayoral election and inauguration into an opportunity for broad public engagement through public conversations about policy issues and their effect on communities.

Previously, Andrea served as a Special Advisor to New York City Mayor Michael R. Bloomberg. In this role she coordinated the Young Men’s Initiative, a comprehensive package of policy reform and programmatic initiatives designed to reduce the disparities challenging Black and Latino young males, which informed the development of President Obama’s My Brother’s Keeper Initiative. Andrea also served as Executive Director of the Drum Major Institute for Public Policy, a think tank focused on increasing economic equality that was originally founded by an advisor to Rev. Dr. Martin Luther King, Jr.

Andrea began her career in public policy at age 16 as the Student Advisory Member on the New York City Board of Education, for which she was the subject of an award-winning documentary, “Hear Us Now.” She is the author of the book The Death of Why: The Decline of Questioning and the Future of Democracy (Berrett-Koehler Publishers, 2009).

Andrea received her Bachelor of Arts in Public Policy from the University of Chicago and holds Masters degrees in History from Columbia University and the London School of Economics, where she focused her studies on how global cities have constructed their responses to inequality during the latter half of the 20th century. Andrea also serves on the board of The Nation and the New York Women’s Foundation.