The Future of Work: The Rise of the Gig Economy 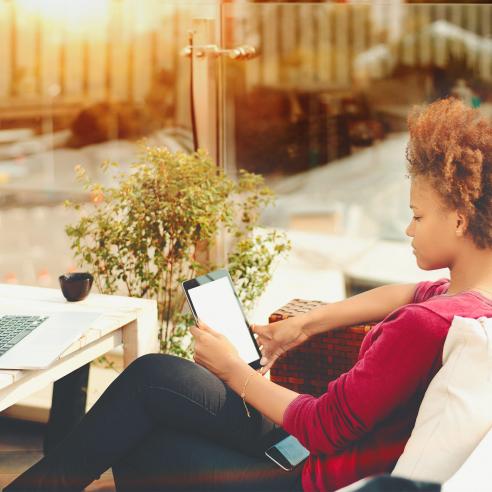 What is the Gig Economy?

The gig economy is made up of three main components: the independent workers paid by the gig (i.e., a task or a project) as opposed to those workers who receive a salary or hourly wage; the consumers who need a specific service, for example, a ride to their next destination, or a particular item delivered; and the companies that connect the worker to the consumer in a direct manner, including app-based technology platforms. Companies such as Uber, Airbnb, Lyft, Etsy or TaskRabbit act as the medium through which the worker is connected to – and ultimately paid by – the consumer. These companies make it easier for workers to find a quick, temporary job (i.e., a gig), which can include any kind of work, from a musical performance to fixing a leaky faucet. One of the main differences between a gig and traditional work arrangements, however, is that a gig is a temporary work engagement, and the worker is paid only for that specific job.

“The gig economy is not new – people have always worked gigs… but today when most people refer to the “gig economy,” they’re specifically talking about new technology-enabled kinds of work.”

The gig economy is by no means a new concept, but this past decade has seen it expand greatly. The share of the U.S. workforce in the gig economy rose from 10.1 percent in 2005 to 15.8 percent in 2015.1 In 2016, 24 percent of Americans reported earning some money from the “digital platform economy” during the previous year (2015).2 The number of self-employed individuals (many of whom are independent workers in the gig economy) soared by over 19 percent from 2005 to 2015, with great variation across the country (See Map 1). At the same time, the gross receipts of these independent workers grew by nearly 21 percent. The South saw the largest growth in the number of self-employed individuals (27 percent), followed by the West (21 percent). Revenue also increased the fastest in the South (23 percent), followed closely by the Northeast (21 percent) and the West (20 percent).3

The number of self-employed individuals soared by over 19 percent from 2005 to 2015.

Source: NACo analysis of the U.S. Bureau of Labor Statistics (BLS) Non-employer Statistics, 2005-2015
Notes: Non-employer businesses have no paid employees and are subject to federal income tax. Most of them are self-employed individuals operating a very small, unincorporated business with no paid employees. Many gig workers fit the Census definition of a non-employer

According to Ms. Turner, this past decade’s growth of the gig workforce has been driven by the development of new technologies that enable transactions directly between providers and consumers, and the difficulty of finding traditional, stable jobs. On the one hand, app-based technology platforms are replacing people as middlemen to connect consumers and producers quickly and easily, allowing individuals to perform a variety of tasks for complete strangers based on real-time demand. On the other hand, people are increasingly gravitating toward this nontraditional sector of employment either to supplement their current income or simply because they cannot find traditional, full-time, salaried positions.

The Rise of the Gig Economy - Challenges for Counties

The gig economy is a category of work that is still largely undefined and unrecognized by U.S. policy, from the local up to the federal level. Nevertheless, the gig economy is growing and influencing the way that Americans view work, which poses a number of challenges for counties.

The growth of the gig economy represents a shift in the way Americans view work. Instead of a more traditional system where a worker works full-time for only one employer, some workers choose to enter the gig economy for the flexibility, freedom and personal fulfillment that it provides them.4 Dr. Brown explained to workshop participants that his students expressed interest in more control and autonomy over their career paths. His students are also serial multitaskers: many of them want the stability of one anchor employer, alongside the flexibility of simultaneous, smaller jobs. They want to spread their talent among different jobs.

“Allegheny County has gone through a major transformation over the last few years, and the gig economy…has really become a big part of our economy.”

Much of America’s current workforce policies and social safety net were developed earlier in the 20th century with a different work culture in mind.5 Employees were expected, and far more likely, to work at one company until retirement and receive benefits from that company.6 Now, however, counties need to be prepared to adapt to the changing labor arrangements. The gig economy labor force is freelance and contract-based. As a result, gig workers, as independent contractors, do not receive benefits, like health insurance, from the technology platform companies; rather, they must procure them on their own.

During the workshop, Ms. Turner explained a few potential ideas that are currently circulating, including:

Best Practices for Counties with the Gig Economy

Counties can embrace the gig economy and learn to harness the benefits, while also tackling the challenges and disruptive effects associate with it.

2. RECORD AND MEASURE IT

The authors would like to thank the Hon. Rich Fitzgerald (Allegheny County, Pa.), Dr. Trevor Brown (Ohio State University) and Molly Turner (University of California Berkeley) for providing essential information and comments for the study, as well as key presentations for the workshop. Without them, this project would not have been possible. Within the National Association of Counties, the authors would like to thank Christina Iskandar, Andrew Hartsig and Kelsey Wilson for their helpful comments and contributions. The authors also express their appreciation to their Public Affairs colleagues for the graphic design and the website of the report.