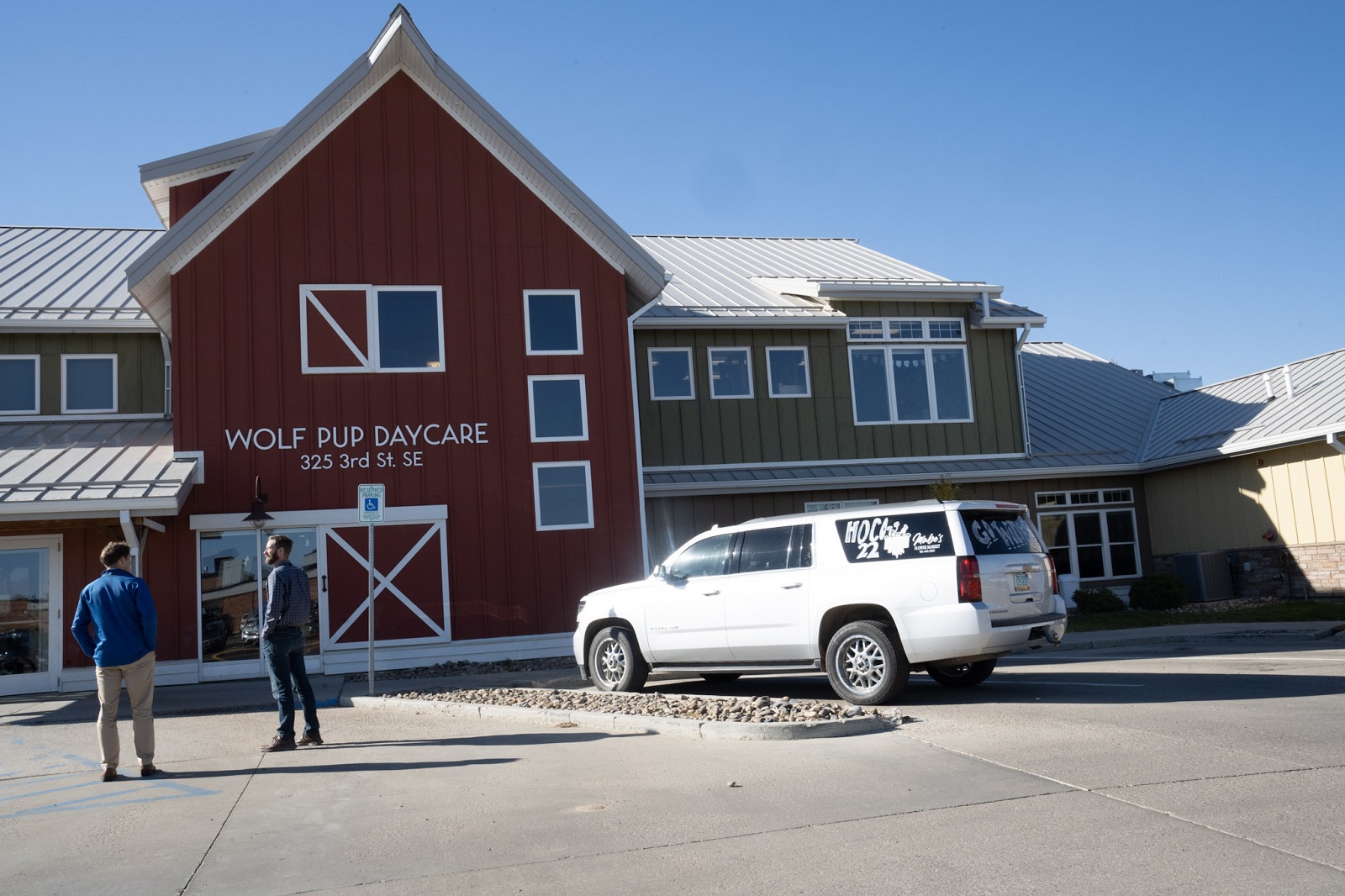 While a student at Minot State University, she thought about some apartments in her hometown of Watford City and knew it had potential.

“When I was five, it had been a daycare, so I knew it was possible,” she said. “I bought the building, renovated it and opened it up in 2007.”

Back when she was young, most childcare meant one family taking in a few kids. For her graduating class of 52, there weren’t many kids, so it was a small-scale market for a relatively simple sector. Moberg subsidized her daycare by renting out the top floor of apartments and managed the affordability tightrope.

Then three years after she opened, horizontal drilling and fracking opened the Bakken shale formation centered in North Dakota wide open to easier exploration and extraction, and McKenzie County saw the beginning of an influx that made it the fastest-growing county in the United States, according to the 2020 census.

“We had a lot of people of child-bearing age coming to town, and they weren’t bringing their grandparents,” said Daniel Stenberg, McKenzie County’s economic development coordinator.

“We have an industry that’s powering our economy, and one of their biggest challenges is childcare.”

The county grew by 131 percent, with Watford City’s population expanding 250 percent. At the same time, Moberg was seeing demand explode for spots in her daycare, which had already expanded once.

The growth was making things uncomfortable elsewhere too. With new arrivals boasting oilfield salaries, the economics of housing quickly became untenable for public sector workers, and the county, city and McKenzie County Public School District No. 1 joined to build both a 42-unit housing complex for their employees — Wolf Run Village — and an adjoining 17,000-square foot childcare center — Wolf Pup Daycare. And while the new arrivals brought all kinds of talent and new blood, the nonprofit the three entities created found its director from within, after Moberg sold her daycare business.

The childcare market is challenged by the safety and licensing demands that require particular ratios of caregivers to children. While different states have different requirements, the Administration for Children and Families recommends one trained adult for every 3-4 infants, one adult for 3-6 toddlers and one adult for 6-10 preschoolers. A daycare’s demographics goes a long way toward dictating the labor costs and recruiting and paying for those personnel while operating the business and keeping rates affordable for parents offers the childcare industry an extremely low-margin.

“The market just wasn’t responding in childcare the way it was in other sectors,” Stenberg said. He returned home to McKenzie County shortly after the housing complex and daycare opened in 2014. “We didn’t go into this trying to be in the childcare business, but it’s an investment. When you’re growing you need roads, you need schools and you also need daycare to support that population.

“Usually with economic development, it’s about getting businesses to come in, but our biggest challenge is getting the workforce equipped. If we put these resources in, we’ll get a return on our investment.”

Once again, growth is challenging the region.

Demand for daycare slots forced Moberg to turn the library and gym into classrooms, which prompted plans for a second facility. The county has approved the $18 million for the second building, along with modular classrooms that will help relieve some of the demand pressure until construction is finished in 2024.

The 200 additional spots will almost double Wolf Pup’s capacity. While the housing market has caught up with demand and taken the pressure off of Wolf Run Village to house county, city and school district employees, childcare operators have not rushed in.

“We’ve always had a waiting list,” Moberg said. “Since right after we opened, we’ve had more kiddos than we can take in.”

As the staff has grown, though, Wolf Pup now has to provide health insurance, and Watford City has stepped in to subsidize that cost.

“It’s definitely a challenge to make it sustainable but affordable for our police officers and teachers to bring their kids because there’s a wage discrepancy with the oil industry,” Stenberg said.

“We can’t hire people for $10 an hour, we have to pay more,” she said. “For things to balance, our rates would have to skyrocket.

“I do have a teaching license, but I hope I never have to use it.”

Looking forward to the new facility, Moberg sees opportunities to learn from the eight years in her first building. From a security perspective, the open front desk will be a thing of the past, because a daycare is an inviting venue for adults in the middle of parental disputes. The landscaping will also change.

“No more decorative rocks or shrubs,” Moberg said. “You get kids outside and they just want to take the rocks and put them in the shrubs. They may look nice, but I found out they’re more trouble than they’re worth.”

While McKenzie County did not plan to be in the childcare business, Stenberg said the county’s response to the labor challenges demonstrates its ingenuity and creativity.

“We’re not afraid to do things differently here,” he said.

Commissioner Joel Brown, when approving the $18 million for the new facility, saw the expenditure as proof the various parts of the local public sector were working together.

“In a lot of ways, I think it’s become a model for what other communities across the state are doing to address these childcare needs and how they affect the workforce,” he said.