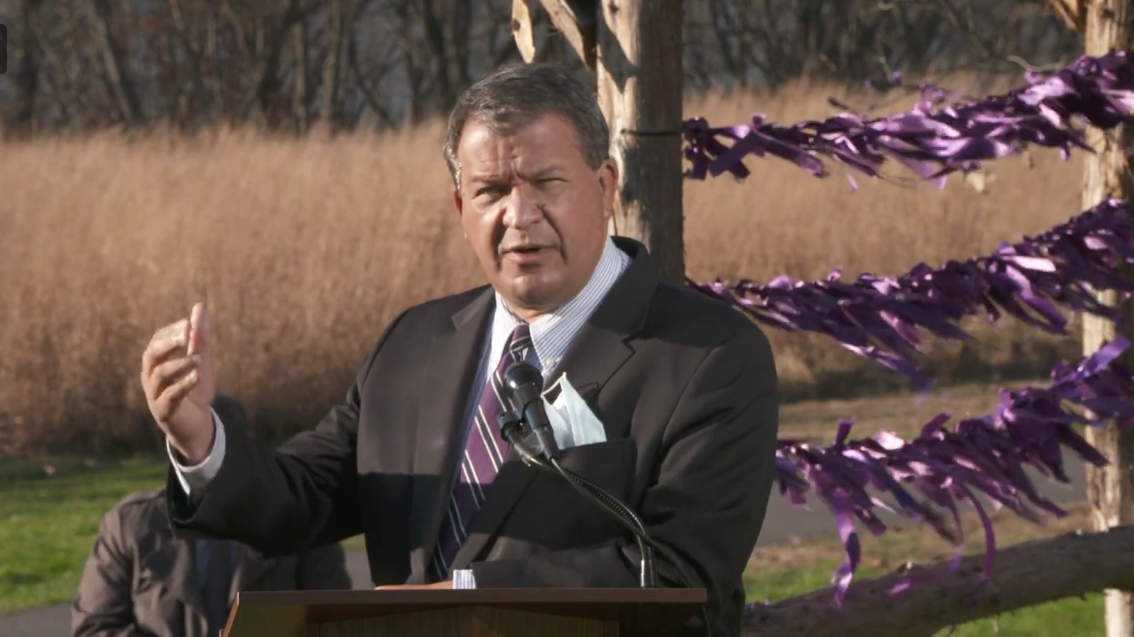 In order to filter by the "in queue" property, you need to add the Entityqueue: Queue relationship.
Nine months after suffering its first COVID-19 death, Westchester County, N.Y. dedicated a memorial to the 1,500 residents and growing that it has lost to the pandemic.

Nine months after suffering its first COVID-19 death, Westchester County, N.Y. dedicated a memorial to the 1,500 residents and growing that it has lost to the pandemic.

The memorial offers people purple cloth ribbons tied to trees and along ropes strung between two posts, set against the background of the Hudson River. The memorial will be moved indoors to the county office building for the winter.

“It’s sobering to think that a year ago…that those 1,500 people were just as alive as we are today,” Latimer said. “Some of them may have been older in years, they may have been ill already, but some of them weren’t, some of them were perfectly healthy. And they celebrated New Year’s Eve just like you and I celebrated New Year’s Eve…they toasted to the new year, 2020, with hopes and expectations.”

Latimer reflected on the scope of that loss.

“To imagine 1,500 people in one space, you’re at an event at the Westchester County Center — a basketball tournament, where the crowds are filled to the upper deck and there’s ground-level seating,” he said. “Maybe it’s a graduation for one of the colleges.”

The county’s communications team collaborated with the parks, recreation and preservation department to create the memorial, built in May.

“To see people who we love die in the context of a pandemic is in some ways harder than any other way, because what took their lives was not visible to us,” Latimer said. “It was everywhere and it was nowhere and it is still there. It’s still here. That’s why we wear a mask. That’s why, the normal way we greet each other, with a hug and handshake, disappears.”

Board of Legislators Chairman Ben Boykin wants people to look forward, even as they honor the past. “We need to continue to stay vigilant, even as we’re fatigued beyond belief,” he said. “But there is light at the end of the tunnel.”