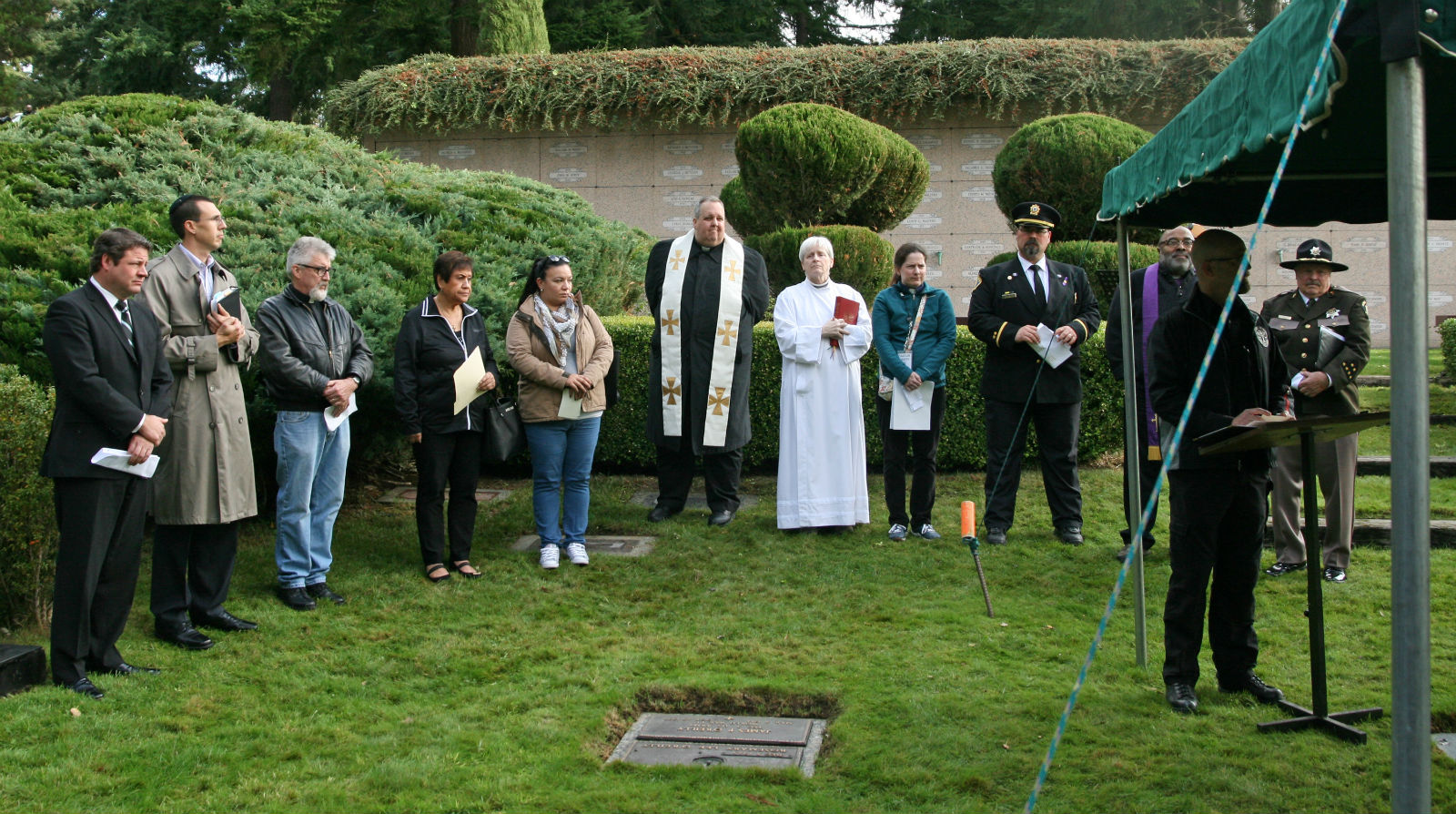 In order to filter by the "in queue" property, you need to add the Entityqueue: Queue relationship.
Indigent burials are on the rise and counties are usually the final stop for the poor, homeless or unclaimed when it comes to paying the bill for cremations, funeral services or burials

Indigent burials are on the rise in many parts of the country, and counties are usually the final stop for the poor, homeless or unclaimed when it comes to paying the bill for cremations, funeral services or burials.

Another costly aspect: When a death is unattended, the cause often must be determined, with coroners deciding whether an autopsy is necessary. In New York, counties are projecting that they will spend more than $120 million this year on coroner and medical examiner services.

The New York State Association of Counties is urging state lawmakers to add a state-funding match for autopsy services next year. Prior to 2011, counties were reimbursed for about one-third of the tab.

Across the country, indigent burials are handled in patch-work fashion, at varying funding amounts.

“A few years ago, we made an attempt to gather information on how indigent burial funds are handled,” said Jessica Koth, public relations manager for the National Funeral Directors Association. “What we found was that things varied widely from state to state.

The association reports that counties bear some responsibility for indigent burials in at least 34 states. Here’s a look at how some counties are handling indigent deaths, when no one comes forward to claim the deceased or if a family is unable to pay for funeral services.

Several years ago, in a cost-cutting move, Sullivan County, Tenn. declared that it would either donate bodies to science or offer cremation for indigent burials. The county cut back on its indigent funeral budget, going from $44,200 to $10,000 a year.

The county also turned to cremations instead of casket burials after it declared its county cemetery out of space. An association of area churches is now trying to find land for indigent burials.

The county is not alone; the Cremation Association of North America projects cremation will bypass casket burials nationwide by the year 2020, at 54.3 percent.

Cremation is actually a second choice for Sullivan County; the county only turns to cremation if a nonprofit called Restore Life USA will not take delivery of a body. Restore Life provides specimens and whole body donations for research and education from the surrounding area in eastern Tennessee and southwest Virginia.

Other counties also point residents to body donation services. Broward County, Fla., refers residents to the Florida Anatomical Board. Anyone can make their wishes known to the board ahead of time or next-of-kin can make the decision at time of death and most states have similar options.

Even the wealthiest of counties have an indigent burial program, including Fairfax County, Va., just outside the nation’s capital, where the median household income stands at $116,000.

But in Fairfax County, if a person has not given advance directives or next of kin has not requested cremation, the county chooses a casket burial, paying up to $4,000 in each situation, said Barbara Antley, division director of the county’s Adult and Aging Department. The county’s annual budget for the program is about $91,000. Last year, the county had 37 indigent cases — 26 cremations and 11 burials, she said.

A few years ago, the county purchased a 1.14-acre cemetery and estimates it will accommodate about 800 burials. A previous county cemetery, used since the 1940s, ran out of room by the early 1990s, she noted. The county then contracted with National Memorial Park in nearby Falls Church until the county could find another cemetery.

No services are held at the grave site, Antley said.

Some counties, including King County in Washington, hold a memorial service every two years at the cemetery where the county buries the indigent, with a ceremony organized by the county medical examiner, who stores the cremated remains until the event. The cremated remains are buried in individual containers in shared plots and records are kept for each one so they can be recovered to fulfill any later requests from family members.

In October 2016, the county held a ceremony for 278 individuals. The memorial service includes burial rites, prayers from clergy from several denominations, a memorial plaque and memories shared by friends.

“We work to represent those who can no longer represent themselves and provide service to those in need,” said Jimmy Sosik, lead investigator of the county’s Indigent Remains Program.

In Maricopa County, Ariz., burial services are held for the indigent by a local nun and rotating ministers. They meet at the county’s White Tanks Cemetery with a group of inmates enrolled in the county’s Last Chance rehabilitation program, as well as a guard.

The inmates volunteer for the program and help lift and bury the coffins of the indigent in a spare ceremony that takes place each Thursday. The cemetery is located on a piece of flat dusty land, surrounded by a chain link fence.

Most counties are paying an “at-cost” fee to funeral homes, crematoriums and cemeteries.

In Cullman County, Ala., county officials there recently increased the amount they will pay funeral directors to handle indigent burials, after the county coroner approached them about it, from $850 to $1,500; the last time they raised the amount was 11 years ago. The amount for cremations will remain the same, at $850. Donated burial plots are available at a local church cemetery.

“I can only speak for Cullman Heritage, but we’ve been losing money because the grave digger costs $550 right off the top,” Doug Williams, the director of the Cullman Heritage Funeral Home, told the local newspaper, The Cullman Times.

In West Virginia, where the state is responsible for covering indigent funerals, drug overdoses (870 from opioid overdoses in 2017) are the highest in the country, and they’re driving up the numbers of those applying for indigent burials.

This year, the state exhausted its $2 million annual fund by the end of February. State lawmakers have introduced legislation to try to beef up the vetting process for liable parties so the state can request bank statements and income tax information as proof that help is needed.

The state of Illinois paid $9.5 million in 2014 for about 6,600 indigent funerals and pulled the plug on the program after the following fiscal year due to a budget crunch.

Using Fulton County, Ga., as an example (where about 300 indigent funerals are paid for by the county each year), here’s a breakdown, by county department, of responsibilities for indigent burials: