Timeline gets tight for 2020 census 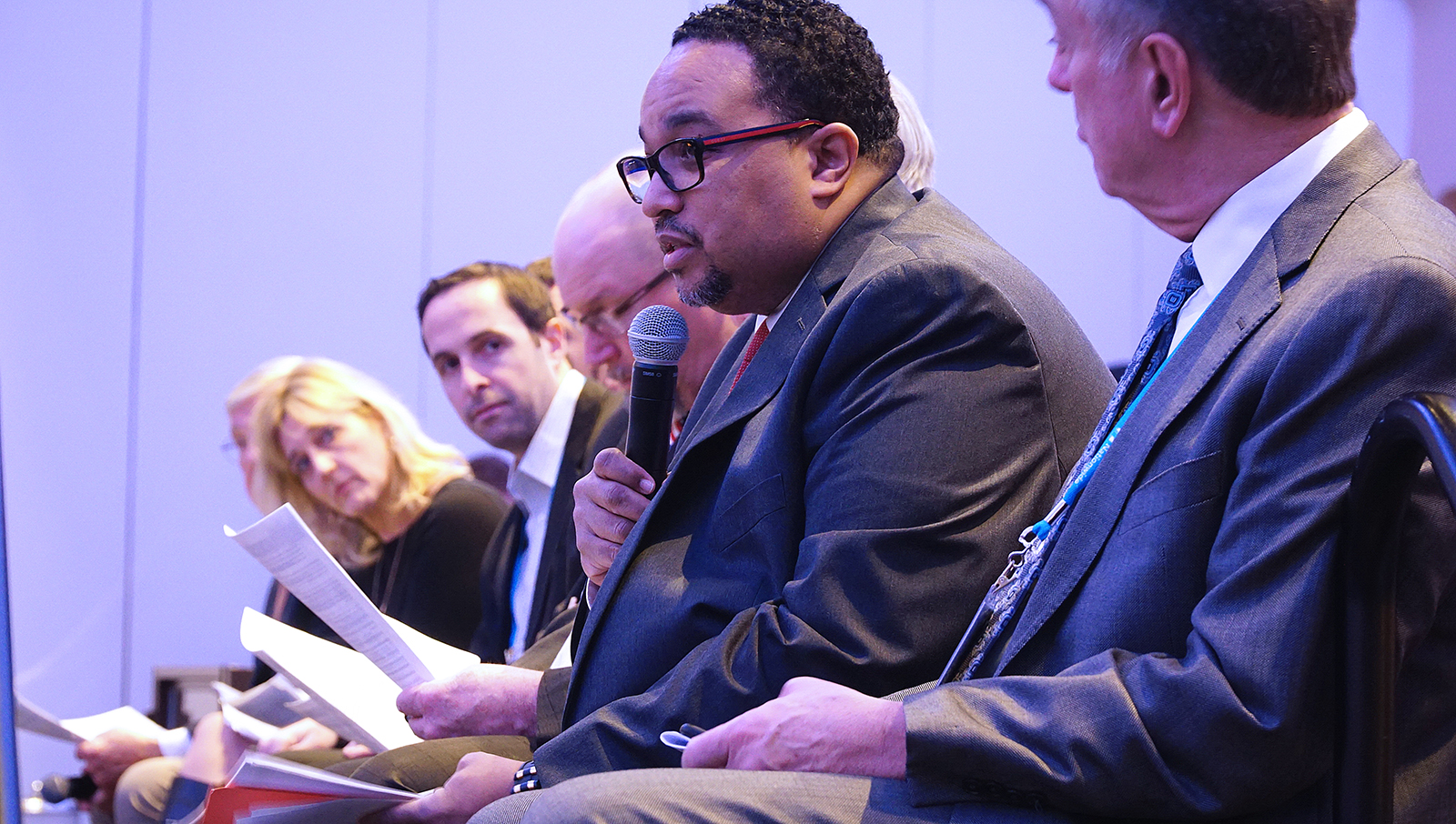 The 2020 census is coming in a matter of months, not years, and time is running out for counties to be ready.

The results of the census will determine how more than $900 billion in annual funding is allocated and congressional seats are apportioned, which could change in 13 states.

“Illinois lost a congressional seat after the 2010 census and we could lose one or two more,” Cook County, Ill. Commissioner Stanley Moore told the Rural Action Caucus at its March 4 meeting during NACo’s Legislative Conference in Washington, D.C.

“This isn’t a Republican issue or a Democratic issue, this is a national issue.”

Although the controversial citizenship question remains in the courts, counties can still prepare by organizing outreach efforts to make residents aware of the census and the importance of having an accurate count.

“If your state association doesn’t have a seat on your governor’s complete count task force, ask for one,” said Gary Moore, Boone County, Ky.’s judge-executive and NACo’s second vice president. “That’s where the work is done and the money is allocated.”

To retain 18 congressional seats, Stanley Moore said, Illinois would have to grow its population to 13.6 million from the 2010 census’ count of 12.9 million.

In Illinois, the Legislature considering setting aside $33 million for its statewide complete commission and encouraged every county to set up its own local committee. Cook County funded its to the tune of $2 million.

“It’s an investment because if they have the correct number of people, they’re going to get billions back,” Gary Moore said.

But it is important not to get the lines of responsibility crossed, Stanley Moore said.

Sylvia Doyle, intergovernmental affairs liaison at the Census Bureau, further outlined the role of the committees.

Moore suggested that counties should recruit volunteers to staff their complete count committees, to promote grass-roots support for the effort rather than elected officials instituting a top-down approach.

The Census Bureau’s Haley Ashcom said later that if counties assign a staff member as a liaison to the their complete county committee, they should choose a staff member who works in communications or public affairs, versus one from the planning department.

“It’s going to be an outward-facing role dealing with the public better suited for their skills, even though planning might seem more relevant.”

The Census Bureau has set a goal for 55 percent of respondents to reply online. Though this goal caused some consternation among RAC members, the online option is just the first of several that the bureau is offering.

Doyle explained that if three internet-first postcards, sent to 95 percent of the U.S. population, go unanswered, the bureau will send a paper form. Addresses that don’t follow an typical urban or suburban format would be sent paper forms by default.

The internet-first approach is a cost-saving measure to avoid printing and mailing unnecessary paper forms or sending enumerators in person to complete counts for each household. If those paper forms go unanswered, then an enumerator will try in person to reach the resident at home.

“If people in your county don’t want someone knocking on their door, you should explain that it’s important they answer the mailed form,” Doyle said.

The reference date for the census, that people should answer in the county where they live most of the time as of April 1, will cause students to be counted at their college addresses.

That led to complaints from several RAC members. Doyle acknowledged that that date would end up hurting rural counties

According to the Census Bureau, April 1 has been the reference date since 1910.

During the RAC day of action March 6, Blue Earth County, Minn. Commissioner Vance Stuehrenberg acknowledged that while the loss of the student population hurt some counties, it accurately represented where those students would be using county services most of the year.

Nathan Ohle, executive director of Rural Community Assistance Partnership, pointed out to RAC meeting attendees that 79 percent of what the Census Bureau called “hard-to-count” counties were rural, and could be disproportionately affected by low response rates.

“If you get a miscount, where you have an underrepresentation or overrepresentation of household income, you can be eliminated from viability for some USDA program,” he said. “These miscounts often affect primarily communities of color, communities in the South and tribal areas.”

“It’s up to us to connect those dones more clearly for people to know what is at stake,” he said.

In Department of Commerce v. New York, the Supreme Court will decide whether the Secretary of Commerce violated the Administrative Procedures Act (APA) by adding a question about citizenship to the 2020 census. In March 2018, Secretary of Commerce Wilbur Ross issued a memorandum stating he would add the question (for the first time since 1960). He claimed the Department of Justice (DOJ) wanted the data to enforce the Voting Rights Act’s prohibition against diluting the voting power of minority groups.

The Census Bureau “strenuously” objected warning “that adding a citizenship question would harm the quality of census data and increase costs significantly and that it would do so for no good reason because there was an alternative way to satisfy DOJ’s purported needs that would not cause those harms.”

A federal district court found numerous APA violations in the manner in which the question was added to the census. For example, “[Ross] failed to consider several important aspects of the problem; alternately ignored, cherry-picked, or badly misconstrued the evidence in the record before him; acted irrationally both in light of that evidence and his own stated decisional criteria; and failed to justify significant departures from past policies and practices — a veritable smorgasbord of classic, clear-cut APA violations.”