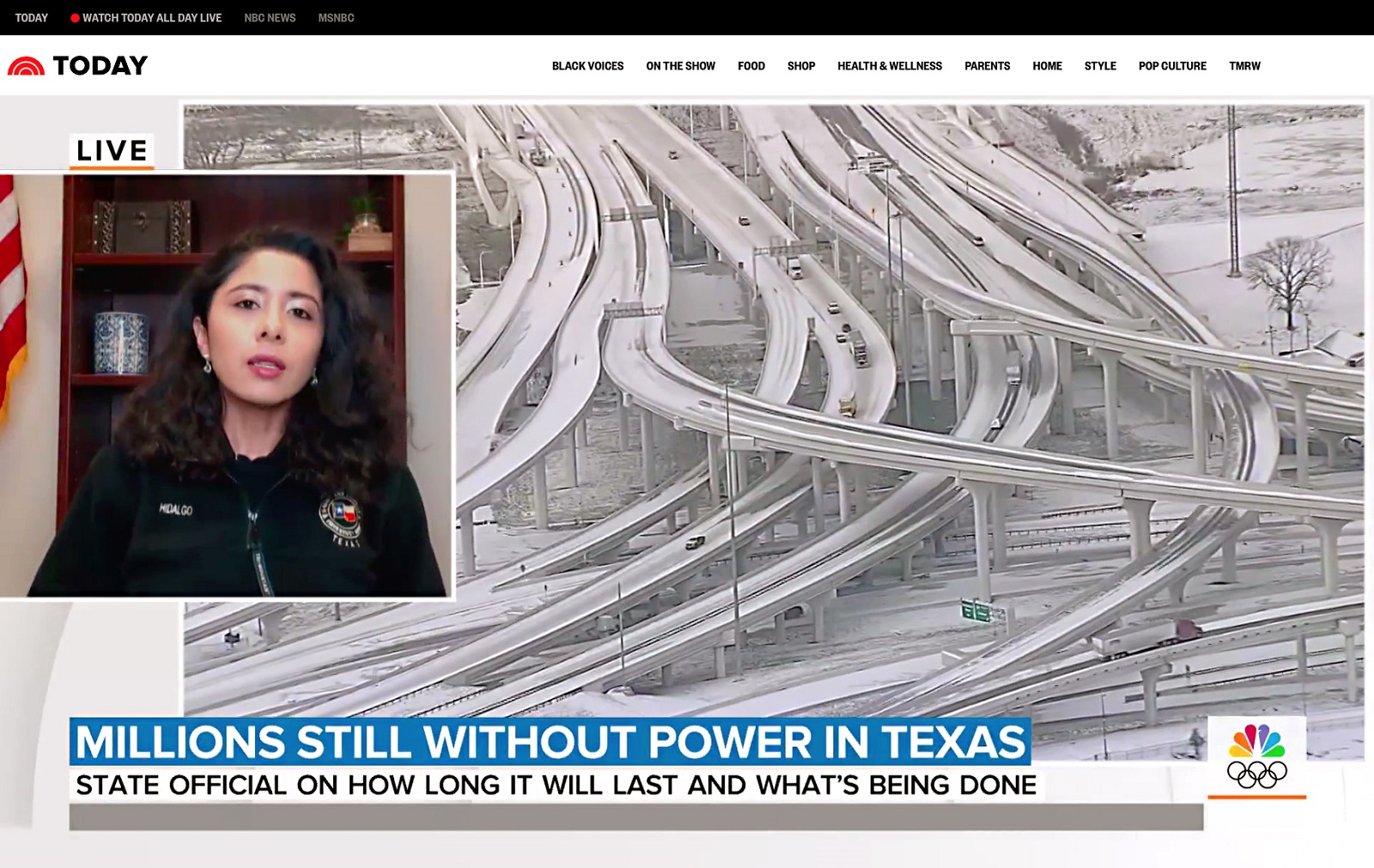 In order to filter by the "in queue" property, you need to add the Entityqueue: Queue relationship.
https://www.youtube.com/embed/WHLYMlW2H70 Mobility issues, by power outages, loss of water and loss of internet service plagued Texas counties during a massive mid-Feburary winter storm

February has brought nasty winter weather to counties across the country with many of the impacted areas unaccustomed to the snow and ice.

Counties in Texas have experienced ongoing winter weather in full force starting with an ice storm the second week of February that led to a 133-vehicle pile-up on a Tarrant County interstate because of icy roads.

Following the ice storm, a record-breaking snowstorm hit central Texas with much of the state later hit by an additional ice storm.

“It’s a very unique event for us,” she said.

The biggest challenges facing counties during the storms and the aftermath, she noted, are mobility issues, followed by power outages, loss of water and loss of internet service.

“Roads, especially in central and south Texas, are simply not drivable,” she said. “This part of Texas is really not prepared because we don’t experience winter weather very often.”

With millions experiencing power losses, Redford said counties are calling for a reform of the state’s power grid system. Texas is one of the only states with its own electrical grid.

“It was wildly underprepared for an event such as this,” Redford said.

The power grid was at a “level 3” state of emergency, which was unsustainable and resulted in rolling power outages for providers on the grid, Redford said. She added that many providers’ old infrastructure and failing transformers have not helped the situation.

It is the number one priority of counties, she said, to keep residents safe by opening emergency operation centers and providing basic needs such as food, shelter and warm water.

In Montgomery County, Texas, Office of Homeland Security and Emergency Management Public Information Officer Meghan Arthur said the majority of the county was without power for a period of three days.

Arthur lost power in her own home for over 17 hours after the storm rolled in on Feb. 14.

“We’ve had quite an uptick on our fire calls to 911 and we’ve had a lot of carbon monoxide poisoning,” she said.

Montgomery County requested resources from the state to help with the lack of water and opened warming stations as winter weather continued into the third week of February.

“We’re concerned how that’s going to continue to affect infrastructure, if it’s going to cause more problems,” she said.

In Harris County, Judge Lina Hidalgo, who went without power and water in her home for at least four nights, signed a disaster declaration for the county where over 1 million homes and businesses experienced power outages.

Hidalgo told NBC’s Today Show Feb. 17 the vast majority of outages in the county were caused by forced state mandates of the state power grid.

“Things will likely get worse before they get better,” she said during a press conference, adding that the power outages were likely to continue as weather improved.

After distributing more than 5,000 of the vaccines to hospitals, the county jail and Rice University, Hidalgo said they received guidance from Moderna that they could re-refrigerate the remainder of the shots which are being stored for later use.

Throughout the winter weather, she warned residents to stay off the roads and store enough water to last for a few days.  “I understand the frustration,” she said. “It’s an awful situation. We’re asking folks to persevere.”