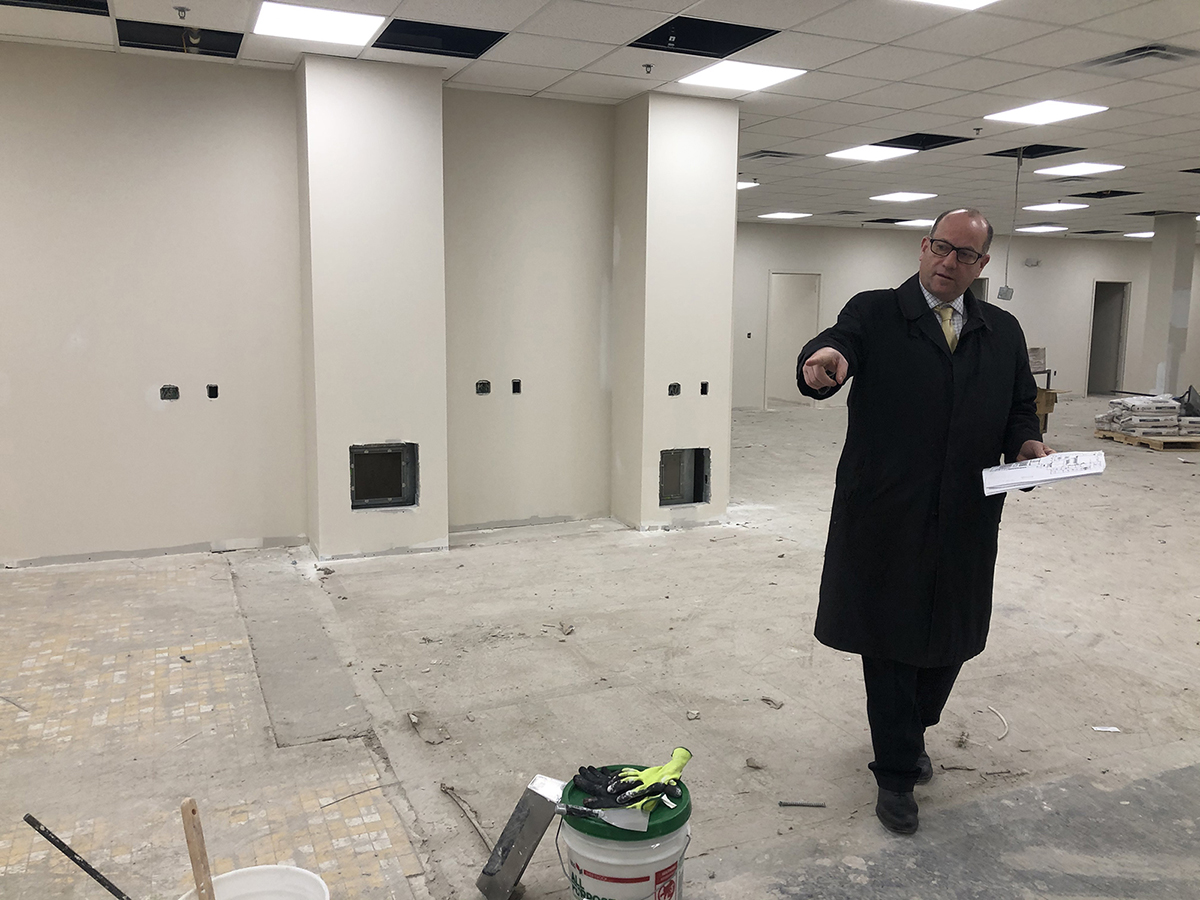 In order to filter by the "in queue" property, you need to add the Entityqueue: Queue relationship.
Some counties are taking vacant retail space into their own hands, relocating offices inside and bringing people back to once-thriving buildings

Sears, Toys R Us, Kmart, Macy’s, Bon Ton, JCPenney — the list goes on for stores that have filed for bankruptcy or shut down locations.

As of mid-December 2019, 9,300 stores in the United States have closed compared to 5,844 store closures in 2018, according to a report from Coresight Research, a retail and technology research firm.

With stores closing and empty buildings becoming a common sight, counties are taking matters into their own hands to revitalize the spaces by leasing or purchasing vacant stores and abandoned malls.

In Broome County, N.Y., county officials passed a resolution to lease a portion of a former Sears building to relocate the county’s Office of Employment and Training. With workforce development a top priority for the county, officials decided to move the office after their current lease in an older, dilapidated building expires to newly renovated space at the former Sears, according to Broome County Executive Jason Garnar.

Sears was one of the anchor stores at the Oakdale Mall in the county, along with The Bon-Ton and Macy’s all of which have closed their doors over the last few years at the mall location.

Broome County is leasing 35,050 square feet of the total 140,000 square feet at the rate of $15.45 per square foot until December 2020. This includes taxes, utilities, snow removal and roof repairs.

The county will pay less for the new space compared to their current lease. Garnar said by the end of the move, the county will be saving money.

“It’s definitely a small cost savings, but to get a brand-new building at the same or a little bit less was immediately a win-win,” he said.

In addition to the county leasing space at the former Sears, a local brewery will move to the 140,000 square foot space. Garnar said the county served as the catalyst for attracting businesses to come to the building.

“I think at the very least that’s stabilized some of the stores that are there,” he said. “I think what everybody was concerned about was at some point there would be so many stores that go black, they just turn the lights off and close everything down.”

In Cape May County, N.J., the county recently purchased a former Kmart shopping plaza to move in offices for their Division of Aging and Disability Services, Veterans Bureau, Division of Community and Behavioral Health and Division of Social Services.

Part of the reason for the move, according to Cape May County Freeholder Director Gerald Thornton, was the expense of leasing their current building for social services offices, which cost the county $660,000 per year.

The plaza, which includes a former Kmart and other small businesses, was appraised at $10.4 million. The county purchased it for $5.75 million after winning the final bid during a bankruptcy auction.

“It was very beneficial to the county and to that area because this whole thing would have laid vacant for many, many years,” Thornton said.

The county has the option to lease the unused spaces through long-term lease agreements. According to Thornton, after 15 years, the leases would pay off the initial investment of purchasing the plaza and the county would see approximately $2 million per year in revenue.

“Especially for younger veterans, they’ll go down there and almost have a one-stop shopping between the veterans department and the veterans clinic and they can walk right next door and see what jobs are available throughout the county,” Thornton said.

He added that retail shops are seeking space at the plaza, which will be called “County Commons.” Tractor Supply Company and a family entertainment facility have plans to also lease space.

“It’s because of the county and the investment we’re making that has been the catalyst for these private corporations wanting to move in there and enhancing the entire area of the county,” he said.

Knox County, Tenn., Commissioner Charles Busler has noticed the trend of counties purchasing vacant stores and has proposed Knox County purchase the Knoxville Center Mall, which is closing at the end of January.

His proposal involves using the space for county offices including the clerk’s office, the register of deeds, the sheriff’s department and the public works department. He also said the facility could be used to establish a Career Technical Education training facility to prepare students for high-demand jobs, offices for health systems and even space for Knox County school system offices.

Busler said the county would benefit from the purchase because it offers county employees free parking options, provides the option for county space to expand and would allow the county to sell portions of the facility to pay for departmental needs.

In Fairfax County, Va., the Board of Supervisors is tackling another problem caused by fewer shoppers at brick and mortar stores by approving a new minimum parking rate for large shopping malls to repurpose empty parking lot spaces.

Nelson/Nygaard, a consulting firm, completed a parking analysis in Fairfax County that revealed no more than 70 percent of available spaces were occupied during peak holiday shopping seasons at two of the malls in the county.

“I think that’s what’s good about us reducing the parking rate, is it provides opportunities for people to rethink how they use their property,” Fairfax County Supervisor Kathy Smith said.

The new parking rate allows mall owners to use the space differently and fill empty parking lots and empty buildings.

“You can see really cool places where people have worked to repurpose malls and we’re hopeful that we’re moving in that direction,” he said. 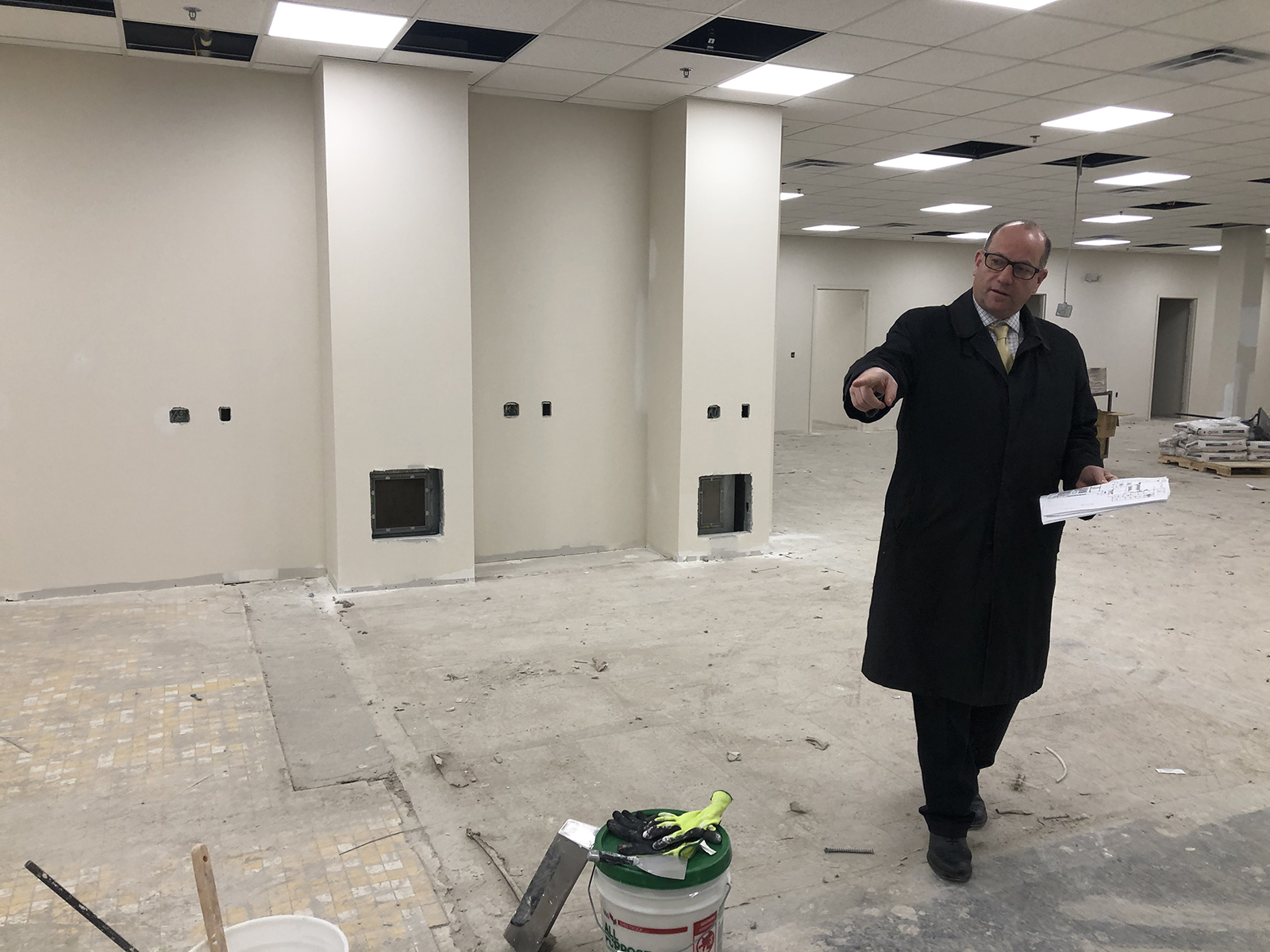