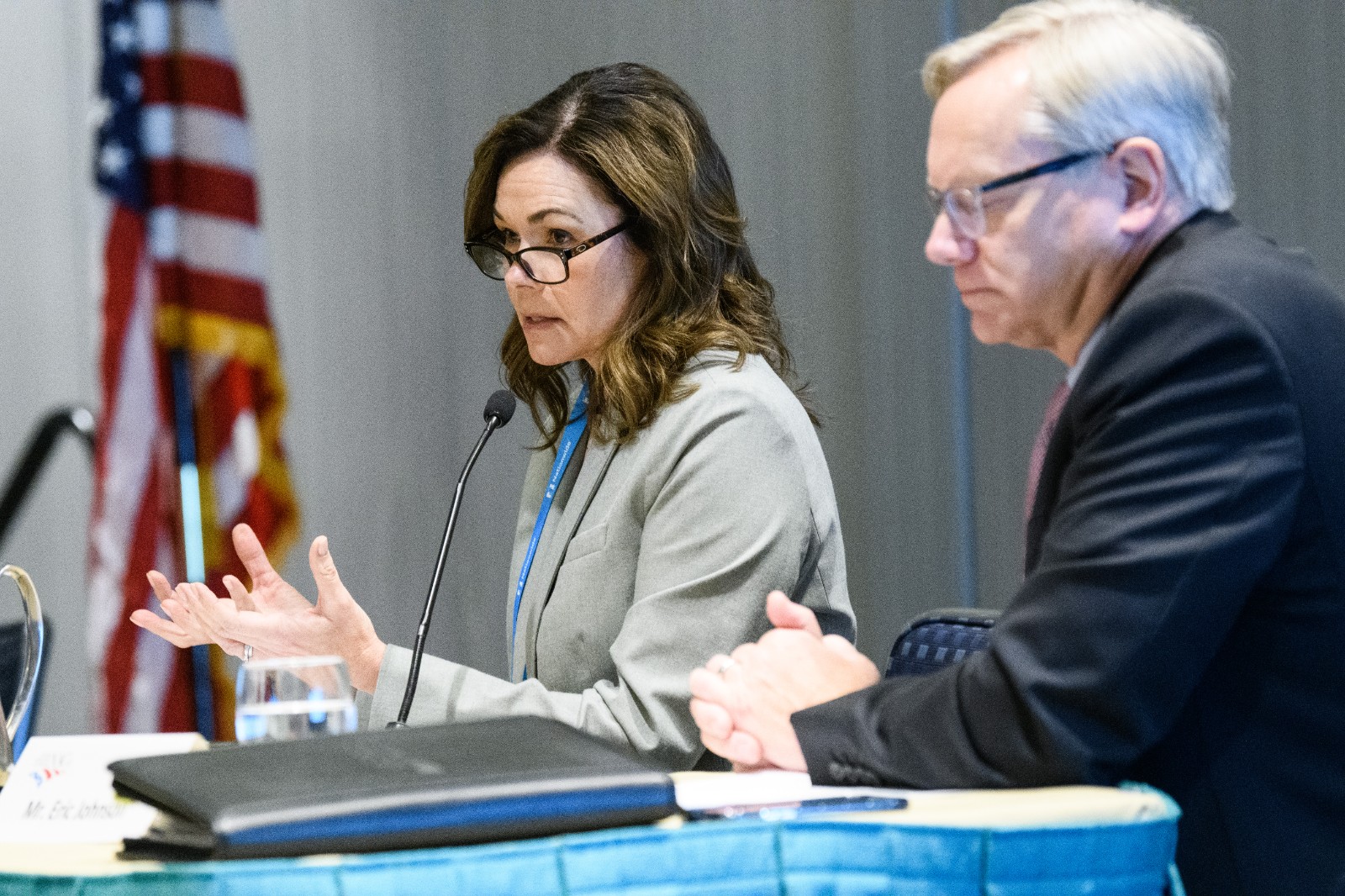 From opioids to housing to rural broadband, county officials at NACo’s 2020 Legislative Conference discussed how some states’ actions are affecting county priorities.

When it comes to opioids and litigation, states are taking more of a behavioral health perspective and recognizing the co-occurring disorders between mental health and chemical dependency, said Eric Johnson, executive director of the Washington State Association of Counties.

In 2019, Washington had 776 deaths from opioids and 531 from methamphetamines.

“I think that has merged into this whole concept of whole health and that this is a treatment of a medical condition as much as it is about just behavioral health,” Johnson said.

For example, he described how the state of Washington is seeing a connection between substance use disorders and homelessness issues.

“If you can’t keep someone housed first, it’s very difficult to be able to understand how you’re going to provide treatment because if they’re not in a safe, healthy, home environment, the last thing on their mind frankly is how to deal with either a mental health issue or chemical dependency issue,” he said.

Johnson added that Washington has been working to do more in this area out of the criminal justice system, such as embedding social workers with law enforcement.

When discussing county revenues and the state government’s impacts on county revenue streams, Ginger Delegal, executive director of the Florida Association of Counties, explained that there are multiple examples of restrictions on county-imposed sources of taxation in Florida.

“Many states around the country are feeling the impacts of state legislatures creating additional restrictions and limitations on property taxes,” she said.

Florida counties face challenges when there are additional restrictions coming from the state legislature that are placed upon the only primary local government revenue source, she noted. Delegal said other restrictions are placed on taxes that are state-authorized taxes, but imposed at the local level, such as gas taxes, tourist development taxes and surtaxes on sales tax revenue.

“We’re seeing an entire swath of additional restrictions on these areas and it’s taking the form of increasing the voting thresholds for when your county commission may take one of these approval questions to the electorate,” she said.

North Carolina Association of County Commissioners Executive Director Kevin Leonard moved on to discuss how states are working with counties in North Carolina on broadband access.

Rural broadband deployment and infrastructure is the number one legislative issue for North Carolina counties, he said. Due to a variety of topography issues with mountains, beaches and wide-open areas, it makes providing broadband there difficult. “Our objective in North Carolina is to change the laws so counties can use funding to build infrastructure,” Leonard said.

He explained that counties there have no desire to provide service, but want to take their funding and work with the private sector to get broadband access to underserved and unserved locations.

“The major distinction is that electricity/energy is federally regulated, and broadband is not,” he said. “It is not a utility, although we think of it as a utility, it is not.”

“We’re trying to flip the paradigm on the front process of just trying to get the internet out,” he said. “We’re trying to take advantage of the fact that fundamentally, it is a free market process and it is not a regulated industry from the federal level.”