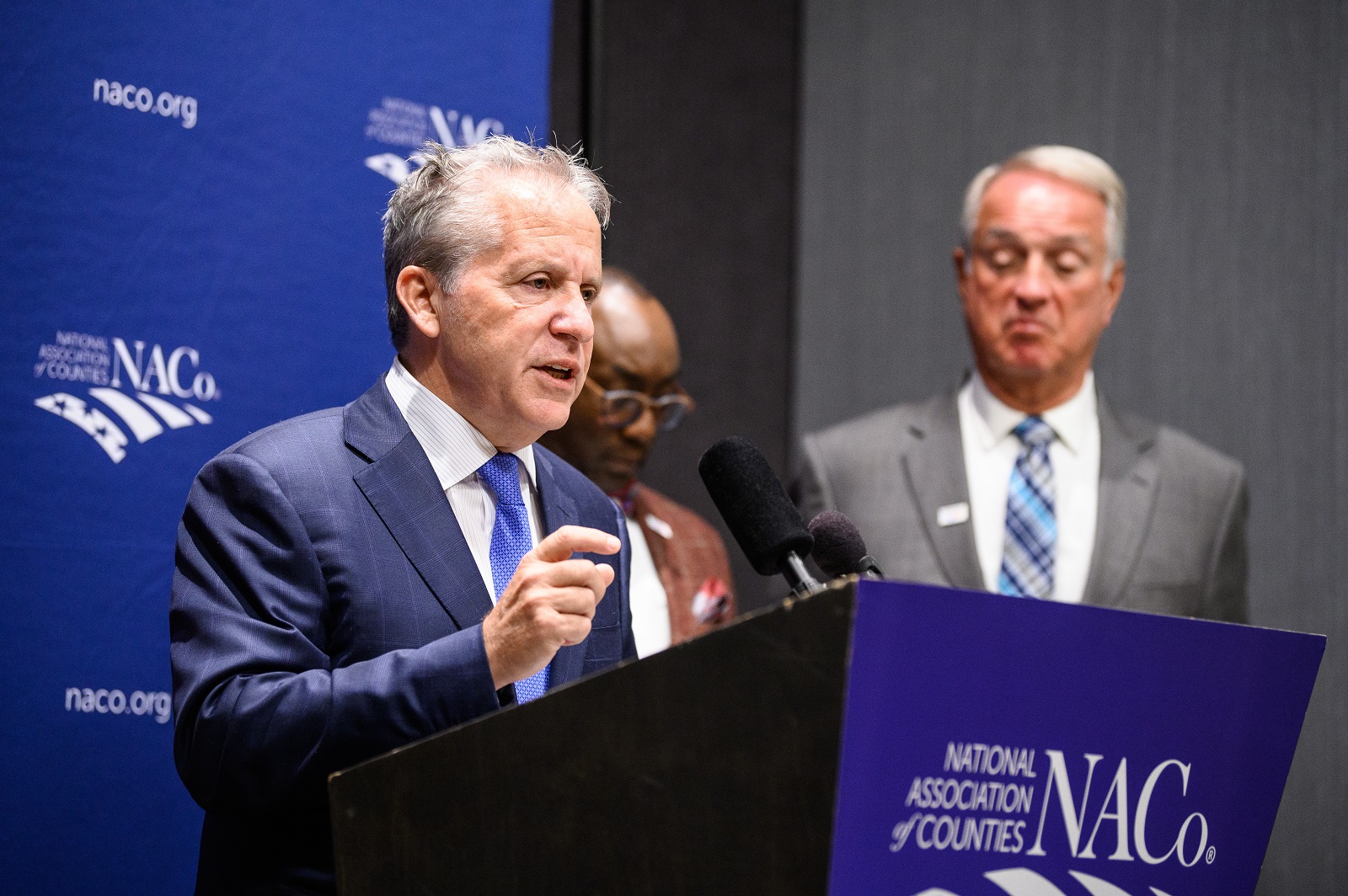 The COVID-19 pandemic’s economic effects hit counties twice — once with the immediate demand for a vast number of services, but more insidiously, undercutting the economic activity that funded most of those services.

The Biden administration, staffed by economists who still had regrets from the Great Recession, answered back with the American Rescue Plan, with a quick distribution of half of the $65.1 billion allocated directly to counties in 2021, with the other half coming in 2022. That strategy prompted counties to look at their long-term needs and beyond merely surviving the disruptions, by targeting vulnerable populations and economic sectors in their communities and committing to fortifying them.

“After the Great Recession… we saved the auto companies and we saved the big suppliers, but not all those small suppliers who went out of business,” said Gene Sperling, senior advisor to President Biden. “It was heartbreaking, [and] through no fault of their own. No city or state had any money to help deal with their communities with major foreclosures, there were no funds left to deal with them. The funds helped you get out of recession, but they didn’t have the power they needed to make sure it was a recovery.”

Now, with long-term recovery in mind, each county is taking aim at its own lingering issues. For Cook County, Ill. it was recognizing the drag that medical debt was having not only on residents’ finances, but their willingness to seek additional medical care.

“Medical debt is the number one reason that people in this country declare bankruptcy, so we decided to forgive as much debt as we could,” said Cook County President Toni Preckwinkle.  “This fall, with just $12 million of our federal funds, our partner [RIP Medical Debt] will negotiate the purchase of hundreds of millions of dollars in medical debt for Cook County residents and forgive them,” which will additionally help improve their credit scores.

“This is a problem too many people across the county, especially people of color and young people with disabilities are encountering,” she said.

NACo Immediate Past President Gary Moore, a judge/executive in Boone County, Ky., recounted how his work with NACo’s Broadband Task Force prompted him to seek out solutions to connect high-speed internet to every home in his county. That project, funded by ARPA and a partnership with Cincinnati Bell and aiming for 40,000 homes, is on track to be complete by March 2023. That’s due in large part to the speed with which the federal government distributed ARPA funding.

“The investments that we're making in our community — they move quick — and they move quick because of the direct allocation of funding to each county,” Moore said. “Direct allocation was something we believe strongly in.  We know that funds that travel from the federal government to state governments and then down to cities and counties, but we didn't want this to be the norm. We needed to act and we needed to act quickly.”

Sperling said direct allocation to counties of all sizes, an improvement over 2020’s CARES Act funding that required a county to meet a 500,000-population threshold, was to empower counties.

“It's like the government did not trust that most of the counties [via the CARES Act], even major counties with 200,00… 300,000 people, could use these funds and giving it directly has led to so much innovation, to so many people not having to go on hands and knees and beg for the funds.”

And the timeline for counties to spend ARPA money, 2026, was another lesson from CARES.

“I've had a couple of [mayors] telling me…they threw away their CARES [funding],” Sperling said. “They had to spend it in months, they didn't think about it. When [ARPA] came, they got their community together and they said ‘What are our biggest challenges related to the pandemic? How do we solve them?”

Since Congress passed ARPA in March 2021, the Delta and Omicron variant waves have caused shockwaves throughout the American economy, as have Russia’s war against Ukraine and global inflation. Those disruptions have validated Sperling’s desire to give counties more flexibility than they had with CARES.

“If it's another thing that we learned it is to give yourself a cushion, provide some insurance when you're trying to get out of a deep hole, because things go wrong you don't foresee,” he said.

Adams County, Colo. allocated ARPA funding through a scoring rubric for grant applications, placing emphasis on minority-owned businesses and nonprofit organizations who served the county’s most vulnerable residents during the pandemic and before.

“We knew getting that money back into our communities through a grant process would help save small businesses, continue critical testing and vaccination clinics and ensure that our families could stay in their homes,” said Commissioner Eva Henry. “The grant program has already proved successful with businesses once on the brink. Now, thriving nonprofit partners are expanding their services and programming to meet the ongoing need and as helpful as these funds were, we know there are other areas of immediate need.”

When the pandemic began, Blaine County, Idaho saw itself become an early hot spot for infections. County Administrator Mandy Pomeroy and the Board of Commissioners saw the local fissures from the pandemic and tried to address them.

The county has upgraded its communications systems, its IT system and updated facilities to be more sustainable. But even those improvements were made with residents in mind. Among the grants the county awarded was to a local crisis hotline, so they could make resources available bilingually to serve the county’s Spanish-speaking residents.

San Diego County, Calif. Supervisor Nora Vargas was elected in the middle of the pandemic, taking office in early 2021. She sees the equitable approach her county has taken as the local government ideal.

“Our county’s success in protecting our communities is exactly how government is supposed to work for all of us, not just some of us,” she said. “[ARPA] was a catalyst to ensure that we were building healthier and stronger communities. We will continue to allocate these resources in an equitable fashion for our community so that they can thrive, not just survive.”