Speaker of the House Nancy Pelosi talks power of counties

Speaker of the House Nancy Pelosi discussed the roles and power of counties in advocating for bipartisan COVID-19 relief funding July 12 at the 2021 NACo Annual Conference in Prince George’s County, Md.

Pelosi sat down with NACo First Vice President Larry Johnson for a Q&A and thanked county officials for their work getting local communities through the COVID-19 pandemic and for their advocacy for the rescue packages.

“You have made a tremendous difference and we want the package to reflect that in direct assistance,” she said.

Pelosi said much of the work that got the country through the pandemic comes through counties.

“While the states have their role to play, we could not do the job unless we went directly to county officials,” Pelosi said.

Pelosi has local government roots with both her father and brother serving as mayors of Baltimore.

“I know you have no buffers and people know who you are because of their sense of community,” she said.

She emphasized the importance of funding going directly to counties and localities.

“We were not going down any path without each and every one of you,” she said.

Pelosi said it became clear something significant needed to be done when the pandemic made the digital divide even more stark.

The bipartisan infrastructure bill includes $65 billion for broadband with $40 billion for rural broadband. Pelosi said in order to bridge the digital divide, there’s a need for more funding.

Pelosi said she turned to county officials for their input on how to spend the funds to see the most benefits for local communities.

Pelosi said it was necessary for members of Congress to hear from county officials and provide bipartisan support for relief funding.

“Know your power from this, you made so much of this happen,” she said.

Pelosi discussed the bipartisan infrastructure bill and told county officials the bill includes what could be agreed on related to infrastructure, but she said she feels some of it is an “old view” of infrastructure.

While the bill includes funding for broadband, Pelosi said there needs to be a greener infrastructure bill to create more jobs.

“We have to make the bill greener to be more for this century than last century,” she said.

To build back better, she said the bill needs to focus on workforce training and development to benefit everyone in the economy.

“We want to have a bipartisan bill, but we have to recognize that we have to have legislation of the future that involves many more people that is greener for our country and more technologically available to everyone,” she said.

In response to a question, she also discussed the increase in violence in communities across the country which she said varies depending on localities.

“We want to address the underlying causes of violence and arrest,” she said. “The ideas that spring from your communities are very important for us to hear because we don’t want public policy that has some unforeseen consequences that are really not contributing to the solution.”

She described how many Democrats, Republicans, independents, gun owners, hunters and others support background check legislation.

“We would hope that Congress would be as bipartisan as the American people are in this regard and it is a very important part of stopping violence in our country,” she said. 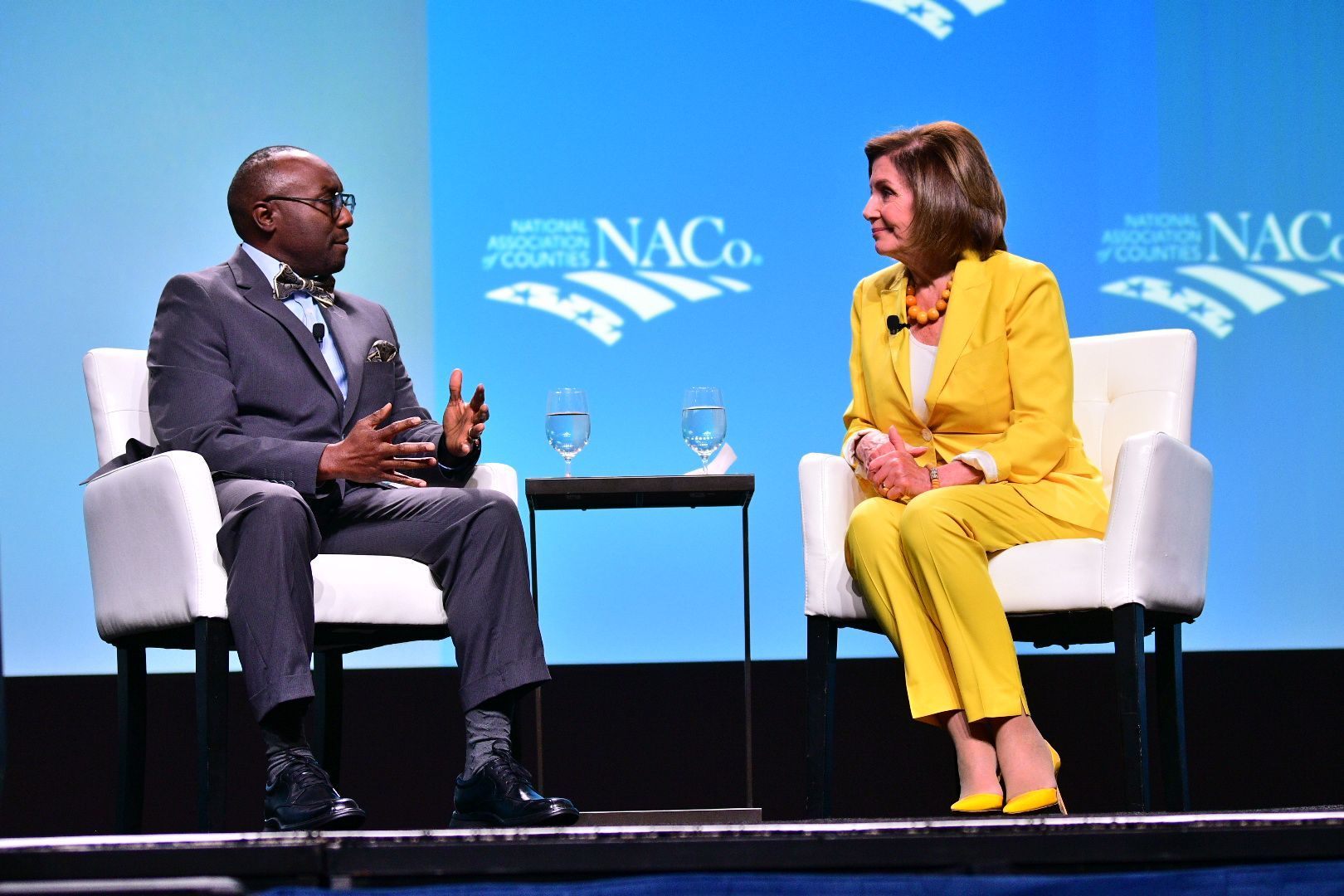