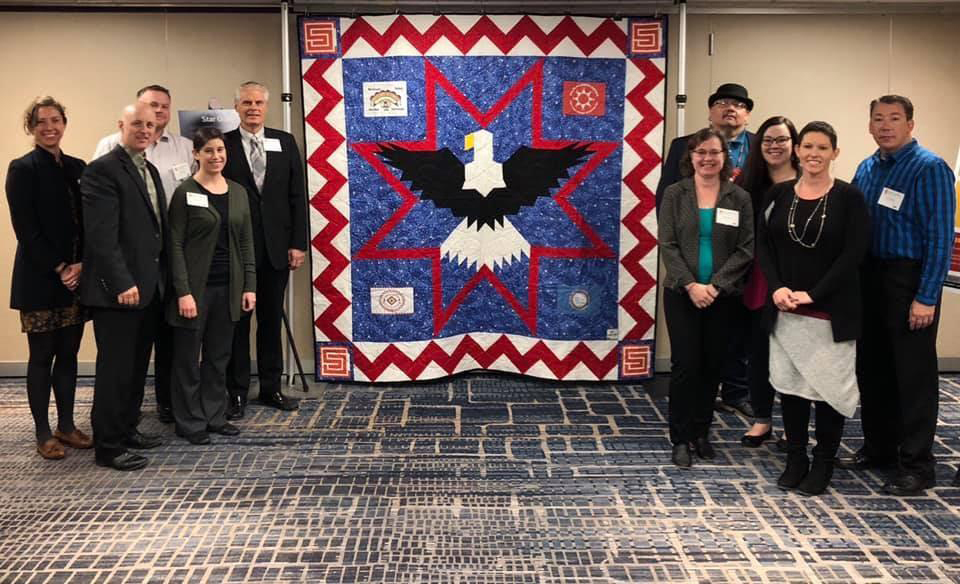 In order to filter by the "in queue" property, you need to add the Entityqueue: Queue relationship.
A MacArthur Foundation grant is helping Pennington County, S.D. work to reduce overrepresentation of Native Americans in the justice system

In Pennington County, S.D., which abuts three Native American reservations, county leaders and local law enforcement are working to create trust and cooperation between the county, city and the nearby tribes to ensure public safety and a fair and equal justice system for all members of its diverse community.

It’s an exercise in building trust and cultural awareness toward any niche community that can be used in any county.

To address these issues, the county has put into place several efforts to reduce the overrepresentation of Native Americans in the justice system and improve relations between county government and the reservations. The county is undertaking much of this work as part of its efforts in the Safety and Justice Challenge. The John D. and Catherine T. MacArthur Foundation is providing support to 52 jurisdictions across the country — including $1.75 million to Pennington County — to reduce over-incarceration in America.

One facet of this effort that has seen an immediate impact is the county’s warrant resolution initiative, spearheaded by the county state’s attorney’s office. The county has found that Native Americans often can’t make it from the reservation to their court dates, and when someone misses a court date, a warrant is often issued for their arrest.

“There are a lot of people from tribal jurisdictions that have active warrants out and that becomes problematic for us when they become afraid to visit state land within South Dakota,” Thom said. “So when they do [come onto state land] for commerce or other things, they are avoiding law enforcement at all costs ... Basically, what the state’s attorney’s office is trying to do is if you have a minor warrant out, they are trying to work with you to clear it so you don’t have to live a lifestyle where you’re in fear of law enforcement interactions.”

Between January 2018 and August 2018, the program reviewed 471 warrants and 402 warrants were completely resolved. A state’s attorney’s office (SAO) liaison and the county’s community outreach coordinator travel to neighboring reservations to make tribal leaders and community members aware of the assistance Pennington County can provide to help individuals resolve outstanding warrants.

In many cases, low-level misdemeanors and traffic offenses can be resolved fairly easily and the SAO attorney liaison can get the warrant resolved without the community member having to travel to the courthouse. The SAO has also created a toll-free number for individuals to call anonymously so they can receive assistance and advice on resolving their active warrants. The tollfree number resulted in 178 warrant reduction referrals between January 2018 and August 2018.

The county sheriff’s office works closely with the Rapid City Police Department (RCPD) in its efforts to reduce racial and ethnic disparities in the justice system. For example, the RCPD secured a grant from the International Association of Chiefs of Police through the Collective Healing Initiative, which is helping the county and city generate more comprehensive cultural awareness training that provides historical context of the surrounding community and effective strategies for interacting with members of the Native American community.

Pennington County’s Community Advisory Committee is another piece in its effort to cultivate a more compassionate and understanding community. Made up of a diverse group of individuals including members of the Native American community, the committee aims to build a better working relationship between law enforcement and the community at large, by creating a two-way communication avenue between law enforcement and the Native American population and providing an official forum for community members to discuss ideas, issues and solutions.

In some cases, members from the Native American community feel more comfortable reaching out to individual members of this committee to share their concerns and issues they may have, and then those concerns get passed along to law enforcement who quickly act to address those grievances to ensure that the county is working to “connect with the unconnected,” said Karl Jegeris, RCPD Chief of Police.