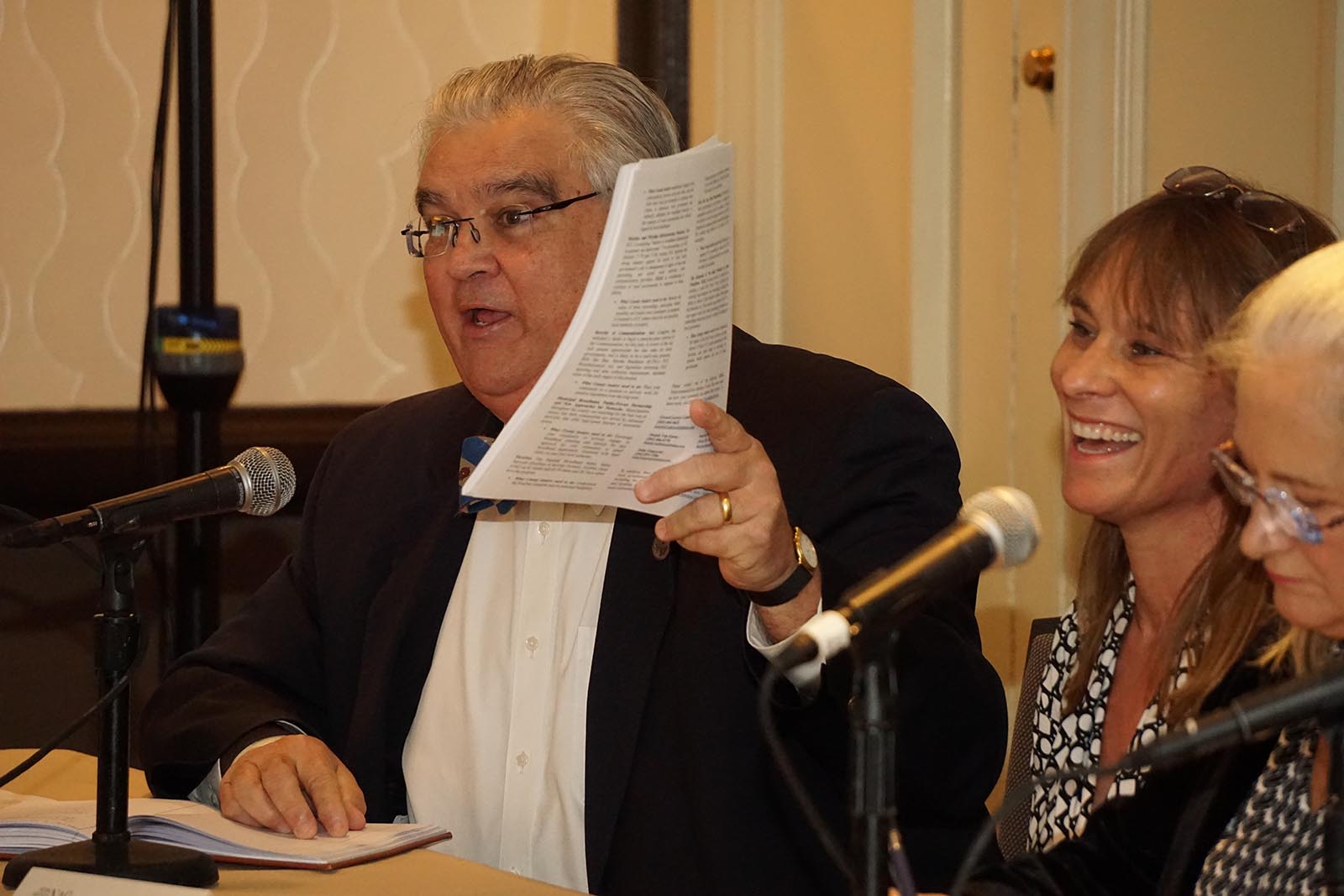 The Federal Communications Commission (FCC) has released a map showing areas across the United States eligible to receive support for the deployment of 4G service as part of  the commission’s Mobility Fund Phase II auction, the FCC’s Michael Janson, deputy director, Rural Broadband Task Force, told members of NACo’s Telecommunications and Technology Policy Steering Committee during a March 3 meeting at the Legislative Conference.

The purpose of the fund is to allocate $4.53 billion over the next 10 years to preserve and expand mobile coverage to rural areas.

The auction is important to supporting mobile voice and broadband coverage, incentivizing the deployment of mobile wireless service through a reverse auction and ensuring that 4G service is preserved and advanced in those areas of the country that lack unsubsidized service.

The map, however, has drawn fire, most recently from a bipartisan group of U.S. senators representing rural states. “…we are concerned that the map misrepresents the existence of 4G LTE services in many areas,” they told the FCC in a letter March 9. “As a result, the Commission’s proposed challenge process may not be robust enough to adequately address the shortcomings in the Commission’s assessment of geographic areas in need of support for this proceeding.”

But the FCC says the map is more of a starting point. “The initial areas map is just the first step of the process, and there will now be a robust five-month challenge window during which parties will have the opportunity to submit evidence that more areas should be eligible,” FCC spokeswoman Tina Pelkey said.

“It will be public who wins what,” Janson said in response to a question about who will receive the funds and how they will be used.

The window for submitting a challenge opens March 29 and will remain open until Aug. 27, he said.

NACo members also expressed frustrations at their March 3 meeting over the continued inability for first responders to communicate in rural areas, inside buildings and between responders.

“The next five years we’re building out more and more, including pushing out into rural areas,” Justin Shore, counsel, Office of Government Affairs, First Responder Network Authority (FirstNet) told members during a panel discussion. “It’s a 25-year contract that FirstNet has established with AT&T.”

The First Responder Network Authority of the United States was created under the Middle Class Tax Relief and Job Creation Act of 2012 as an independent authority within the National Telecommunications and Information Administration.

“Now that I know about FirstNet, I’m going to be watching to see how services improve in our area,” Morgan said.

Fifth-generation wireless networks were also discussed at the March 3 meeting.

“What we’re seeing around the country is this false narrative from telecom companies: ‘Give us access at reduced prices and we will build out to rural areas,’” said Gerry Lederer, partner, Best, Best & Krieger.

“Don’t buy into the narrative that local government is the barrier to broadband deployment — it just doesn’t ring true,” Lederer said.

The FCC will move at its March 22 meeting to get rid of National Environmental Policy Act and National Historic Preservation Act reviews when locating equipment necessary to deploy 5G.  Local control over 5G is also taking root in state Legislatures. In all, 14 states have passed small-cell legislation, Lederer said.