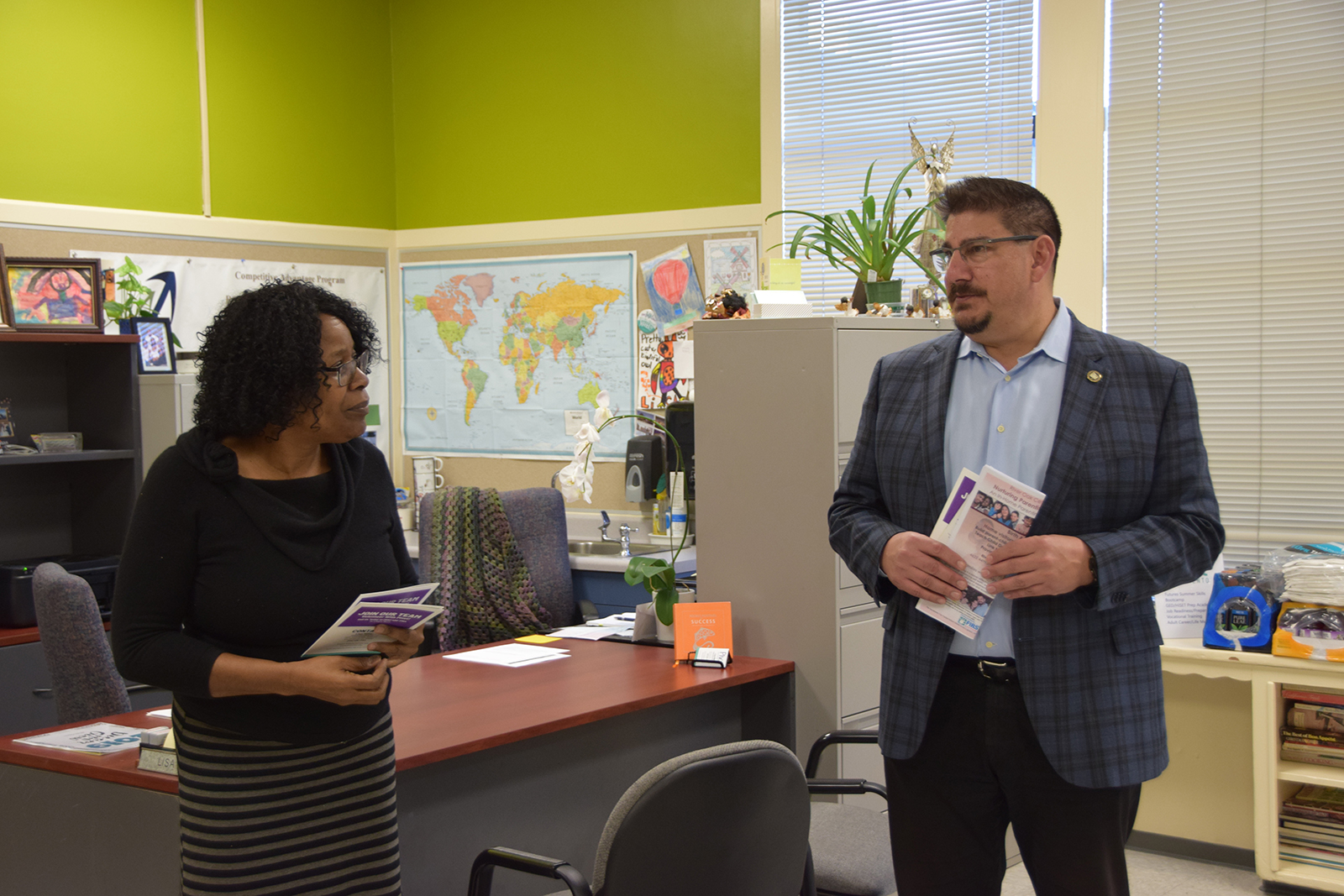 In order to filter by the "in queue" property, you need to add the Entityqueue: Queue relationship.
A sustained focus and investment from Sacramento County has helped reduced the African American child death rate the last few years, with more results still to come

County government welcomed Phil Serna with a punch to the gut. Over the last eight years, he and the rest of Sacramento County, Calif. have fought back.

Early in Serna’s first year as a county supervisor in 2011, the Board saw an analysis of 20 years of data on child deaths in the county. Chief among the takeaways was that African American children were dying at twice the rate of any other ethnicity — 102 per 100,000 children. White and multiracial children were next — at 48.5 and 48.0 per 100,000.

“As a novice to county governance and the Board, quite frankly I wasn’t prepared to see that kind of data in my first few months,” Serna said. “I asked what the county had done prior and there wasn’t an adequate response. There really hadn’t been a concerted effort to focus on that disparity.”

Serna rallied the county government around reducing the number of African American child deaths, aiming for a 10-20 percent reduction by 2020, through an effort that became the Black Child Legacy Campaign.

“We were definitely armed with ample information and data, and the county had the infrastructure to understand the nature of the challenge, but it was still a very complex subject,” Serna said. “But our responsibility isn’t. Welfare of children is our highest charge as a county.”

In 2013, a commission study broke the leading causes of death into four categories: infant sleep deaths, perinatal conditions, child abuse and negligent homicide and third-party homicide. Those deaths were clustered in seven parts of the county, places where the racial disparity in death rate was most pronounced, and those seven neighborhoods became the focus for the campaign.

The Board approved a charter for a steering committee to guide the county’s efforts, and in 2015 started allocating $1.5 million annually toward social service outreach targeted geographically. The First 5 Sacramento Commission, which allocates money from the Big Tobacco settlement toward services that support children from birth to 5 years old, has added nearly $14 million. That has gone to providing social services specifically for those areas to improve access and to educate the public about risk factors.

It has meant bringing social service providers into the neighborhoods where they are most needed. For instance, when an elementary school closed because of falling enrollment, the building became home to a dozen different social service organizations, all under the same roof. The county contracted with the Sierra Health Foundation to direct the objectives drawn up by the county’s steering committee.

By the end of 2016 — the last year for which data is available — the county had made progress reducing the number of African American deaths in all four categories. That included just two years of county and First 5 spending on programming.

Compared to the county’s Child Death Review Team’s baseline year of 2012, which recorded 24 total African-American child deaths, only nine children died in 2016, with a dramatic reduction in infant sleep-related deaths (three in 2016, 10 in 2012) and a modest reduction (six in 2016, 10 in 2012) in perinatal condition deaths. There were no child abuse and neglect homicides in 2016 for the first time in that stretch, down from a high of five in 2014. Black infants deaths have decreased by 45 percent in that four-year timeframe.

“Numbers are dropping, but that’s because we’ve gone after the low-hanging fruit, infant sleep deaths,” Serna said. “It’s going to be tougher to get at things like the complexities of homicide.”

The time is approaching for the Board of Supervisors to reallocate money to the Black Child Legacy Campaign, and Serna is confident the county will continue its commitment.

“I would think anyone would be hard pressed to say it’s not worth our investment in time, energy and finances,” he said. “This cannot be connected to one politician, and it’s too important to tie to one budget cycle, but we know we can’t make those kinds of investments in a vacuum.”

One of Sacramento County’s most effective programs has been the introduction of cultural brokers, who serve as intermediaries between Child Protective Services (CPS) and families. From that position, they’re tasked with muffling some of the emotional tension that comes when the family unit is on the line.

“Because of the challenges of the overrepresentation, there’s a distrust in relation to government entities,” CPS division manager Kim Pearson told the Board of Supervisors. “As a result of that distrust, families will not connect or engage the way we’d like them to.

“We’ve seen throughout the nation that children of color don’t receive the same services as other children,” so cultural brokers are there to make sure that doesn’t happen, and that resistance to county intervention is met with effort from the brokers to mitigate that resistance.

“Often families will call their cultural broker before they call their caseworker,” Pearson said later.

Ledonna Lee started as a cultural broker in September 2018.

“One of the most common things I am hearing from families is ‘my social worker just doesn’t understand what I’m saying.’ There’s a major communication barrier – they could be saying the same words but walking away with two different interpretations of what was said,” she said. “A cultural broker shifts it from ‘their side-our side’ into something more collaborative. We’re all working towards the same goal.”

Finding more advocates in whom families can feel comfortable is paramount.

“What I enjoy about being a cultural broker is watching parents let their guard down a bit,” Lee said. “It usually takes a few contacts before a family opens up to me. When I first call them, they see me as an extension of the department, and by the time I get involved, they’ve been dealing with something for months, so tensions are a little high.”

Hillanda Martin, one of her clients, agreed. Before meeting Lee, she felt like her social worker misrepresented most of what she’d say. In fact, her social worker did not put in her request for a cultural broker for months, and when she finally heard from Lee, she wasn’t sure what she was getting.

Lee said that took some work on her part.

“I am transparent and vulnerable. I share with my families to know I’m someone they can trust,” she said. “I show them that I represent them well. It’s hard because we don’t have much time, so it’s all accelerated. I might be new to the CPS world, but I’m not new to the work of advocating for my people, supporting them in the community.  When I explain that I am there as an advocate for you, to bridge the gaps and get over the barriers so you can get your kids home, they open up to me.”

Martin was sold once she was convinced the truth was being heard. “It took for her speaking up for me. I had been saying the same things from the beginning,” but it was Lee’s advocacy that demonstrated that Martin had someone working on her behalf to reunite her with her infant son.

The brokers underscore the necessity of cultural competence in service delivery. It can be as simple as placing children them in a culturally similar foster environments if they must be removed from their homes. And, generally, recognizing that race plays a large role in a lot of interactions.

“Talking about anything that has to do with race in America is extremely volatile, but I think the cultural brokers will neutralize that volatility,” Lee said. “We won’t be so afraid to say this is a black family, I’d like a black social worker,’ ‘I can talk to you because you look like me.’ I think that’s okay, but I think we are sometimes afraid to admit that.”

What’s most important is getting children back into their homes, and for Lee, that means connecting the family and child protective services.

“I think cultural brokers will make a big difference, because we can see both sides,” she said.