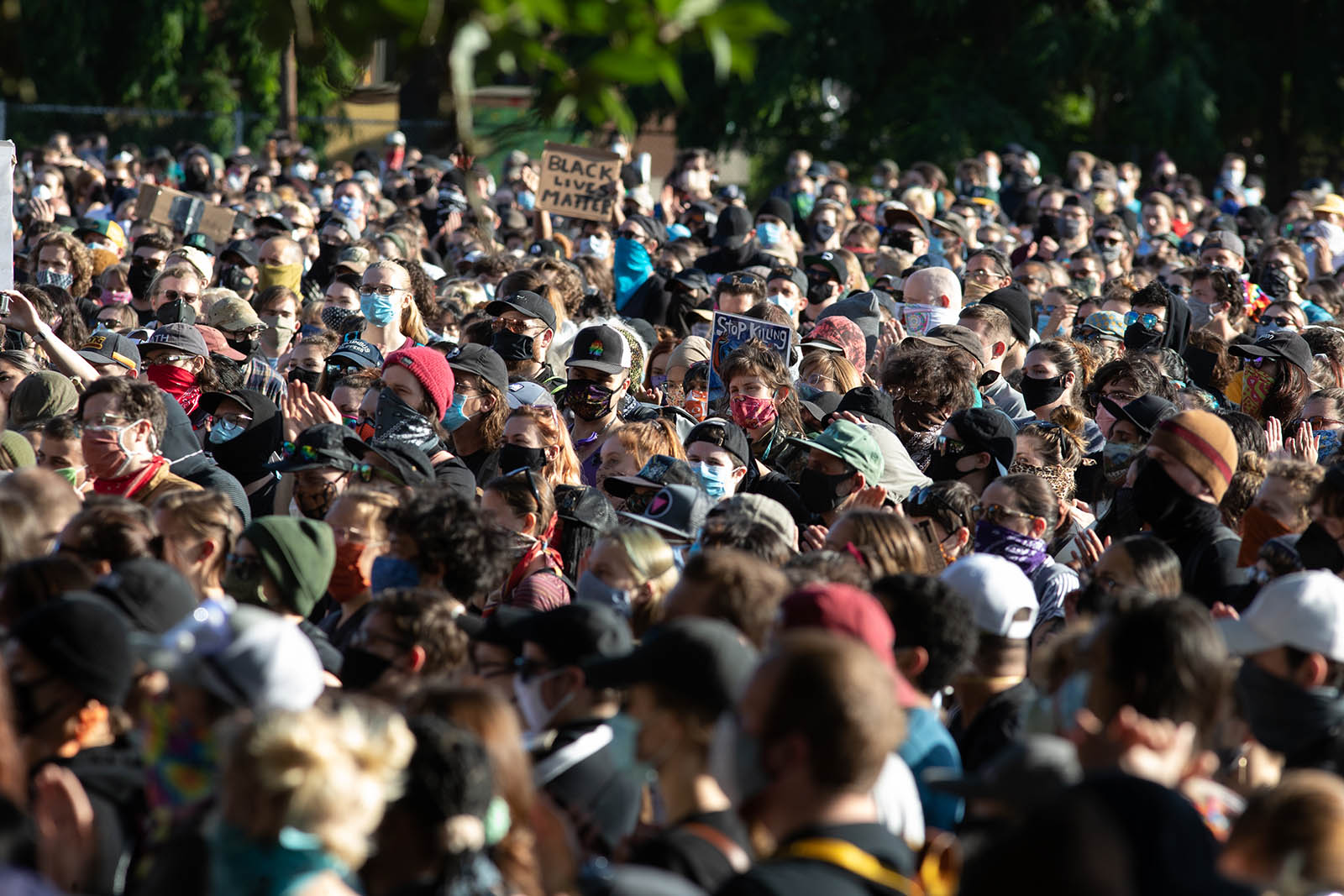 The sight of thousands of people lying down on Portland’s Burnside Bridge in George Floyd’s memory told the Multnomah County commissioners more than any poll or even an election could. Mostly white residents were demonstrating that they wanted the same kind of future for their Black neighbors that they themselves enjoyed. And rather than seeing those people as obstacles, the commissioners knew it was time to move even faster.

Over the last three months, daily protests have fueled the drive to craft policy to bring about better lives for the Black residents who make up 6 percent of the county’s population but end up worse in every measurable outcome not just compared to other ethnicities in the county, but Black communities in other counties in the region, like King County, Wash.

“We’re doing it much more quickly than we would have otherwise,” Board Chair Deborah Kafoury said of a variety of measures aimed at achieving racial equity. “The protests have changed the way we do business. We’re going to be able to pack a lot more action into a very short amount of time.”

It’s a momentum that can’t be slowed even by the violence at night, when protestors clashed with federal law enforcement, causing property damage and leading to the shooting death of one man and another in the resulting manhunt, among various injuries resulting from the use of less-than-lethal ammunition. Protestors set three different county offices on fire, with damages surpassing $1.3 million.

“We’re going to give people three months to make it right, to work with the victim to pay back any restitution,” District Attorney Mike Schmidt told Oregon Public Broadcasting in August. “And if those things can happen or we can come up with a restorative resolution, we’re going to dismiss those cases.”

Kafoury said that damage, plus the death of a protestor and subsequent death of his killer following a manhunt, have at times overshadowed the positive results of the demonstrations.

“People are justifiably upset,” she said.

“Trying to manage protests and do the work they are calling for is a tricky, tricky issue. Supporting people who are peacefully protesting while trying to control the violence and vandalism is a really fine line.”

But for the most part, the protests are working. What’s in the works might not be verbatim what people are asking for, but the county is focused on achieving the same ends.

When protestors suggest defunding the police, the county works on getting the same result — treatment more tailored for the situations by bringing in behavioral health specialists or enhanced services for families of youth on probation.

“It’s not as sexy as someone getting tear gassed, that’s what’s making the news,” Kafoury said.

“I do think the overall package of what we’re working on will be transformative, but it will take time because we’re trying to do it with the community, and it takes longer. It’s not a couple of dudes in a back room smoking cigars, writing legislation.”

In many cases, Multnomah County already had these plans in mind, though it was testing them out as components of coronavirus measures, protecting communities of color who have seen disproportionate effects of the pandemic nationwide. Public pressure sped up their implementation to a more general application.

Though coronavirus measures led the county to close a jail dorm, the money saved in the process will be used to expand culturally specific programs for Black residents. The same will be done with funding saved by eliminating prosecution of low-level drug charges. The county hopes to divert and deflect people from entering the criminal justice system and assist them with re-entry support.

Kafoury said the city’s police department and the county sheriff’s office, run by Portland’s former police chief, have coordinated well in protecting public safety, but the arrival of personnel from the Department of Homeland Security, U.S. Marshal Service, Customs and Border Protection and Federal Protection Service, assigned to protect Portland’s federal courthouse, did not come at the county, city or state’s request and have not coordinated with local law enforcement.

“Having federal interference when it’s not warranted has done nothing to help us out,” she said.

Kafoury described federal forces as bringing a heavy hand that has inflamed violence at night, but abated as of late.

The daily peaceful protests have been manageable because the county has acknowledged the frustration that people in the community are feeling.

“This is a chance to change the direction of the country,” she said. “There’s a lot of pain and frustration but there’s also a lot of hope.”