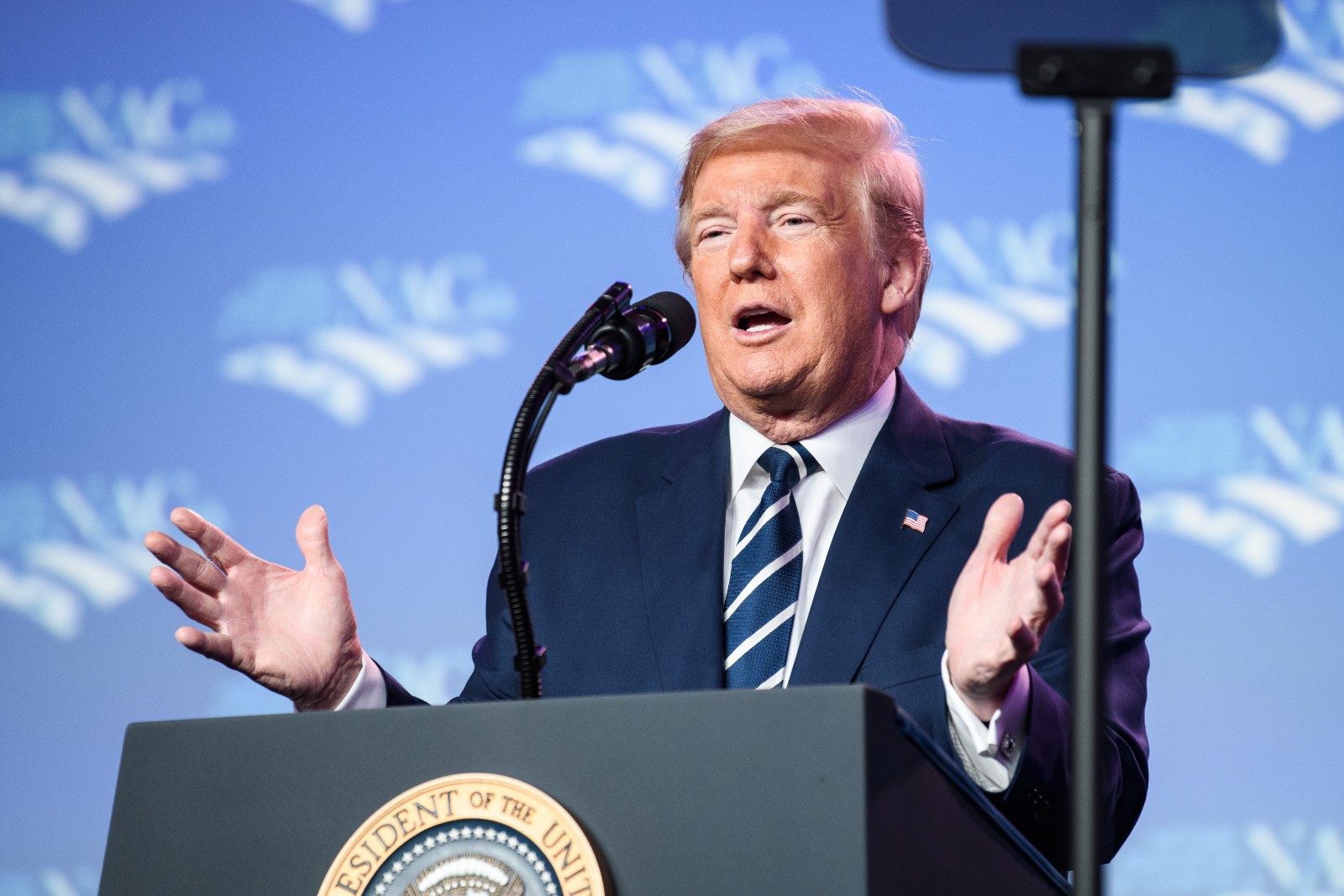 President Trump took breaks from touting the United States’ economic growth to stress his commitment to a strong relationship between the federal and local governments during Tuesday's General Session at NACo’s Legislative Conference. It was the first appearance by a sitting U.S. president at a NACo conference in 24 years.

“I want you to know that my administration will always be your friend, your partner, your ally and resource as you work to deliver an amazing future, for your counties and for your communities and for the country itself,” he said.

“You know the regulation business better than any group I can think of,” he said. “We’ve cut regulations at a level that nobody had ever thought possible and we did it with the help of local officials, people like yourself that work with us and work with the Department of Transportation and all the other departments that we work with.”

He set a goal of new roads being able to pass the approval process within a year, though he acknowledged safety and environmental study requirements could make that difficult.

“Six weeks ago, eight weeks ago, you never heard of this,” he said. “All of a sudden it’s got the world aflutter.”

“Things happen that you never even think would happen and you have to confront it, you have to do a lot of good work and you take care of the situation,” he said. “You people do it better than anyone I can think of. America has the world’s most advanced public health system. We know that our county health officials play a front-line role in battling public health threats and we are working with Congress very closely to pass supplemental legislation to ensue state and county health departments get everything they need.”

He mentioned efforts to work with pharmaceutical producers to accelerate vaccine development. Trump was pleased to see Sen. Charles Schumer’s (D-N.Y.) much higher request as part of a bipartisan emergency funding measure for local hospitals to combat the virus.

Trump stressed the importance of the more than 3,000 county officials' trips to the White House in the past three years in response to invitations extended to every county elected official.

“My administration has made engagement with local leaders a top priority because nobody understands the needs of local communities better than local officials and people in this room,” he said.

He also advocated for greater funding for mental health intervention, particularly in communities.

“County jails were not meant to deal with the mental illness problem,” he said to a standing ovation. “It’s not compassionate to leave those with mental illness on the streets.”

Trump promoted the Opportunity Zones program, part of the Tax Cuts and Jobs Act of 2017 that allows tax breaks for investments in projects located in low-income census tracts designated by governors.

“Areas that haven’t seen investment in 40 years,” he said. “Things like that help make the economy good.”

“This is a thing where people are investing in areas that they never ever in a million years would have invested in and it’s becoming a tremendous success.”

Trump invited Lea County, N.M. Commissioner Rebecca Long and Pasco County, Fla. Kathryn Starkey onto the stage to elaborate how his administration has helped their counties.

“Your energy agenda is helping us with quicker right of way permits on BLM land and drilling permits, we’re getting those faster so that’s helping America be energy independent,” Long said.

Starkey spoke of the consequences of Hurricane Irma.

“Counties were getting into bidding wars over debris removal contracts, and they were creating affordable prices for other municipalities,” she said. A call to the White House’s Intergovernmental Affairs offices prompted a conference call with the Federal Emergency Management Agency that yielded an emergency rule change that resolved the situation.

”This would not have happened without the incredible outreach from the White House early on,” Starkey said.

“As long as I am president, the federal government is on your side 100 percent,” Trump told the audience. “You always have a very important seat at the table and you’ll always find an open door at the White House.”

Earlier in the morning, he had visually surveyed the room.

“There’s a lot of power in this room. You don’t know the power you have.”

He waited a beat.